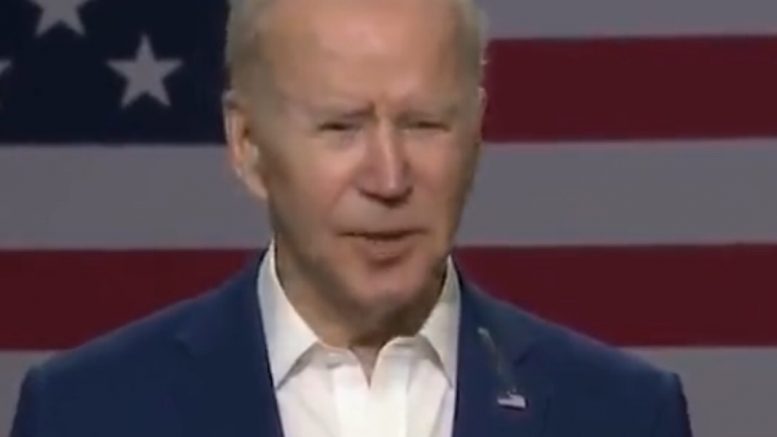 [Joe] Biden’s having a crappy day — just as he was trying to make a very serious point about inflation and the economy … a bird decided to drop a deuce right on his fancy suit, TMZ reported.

While delivering a speech Tuesday in Menlo, Iowa over infrastructure, inflation, and more, something fell down from above onto Biden’s collar, and the 79-year-old Democrat did not even seem to notice.

Did a bird just poop on Joe Biden? pic.twitter.com/p2Ywv8CbRU

Even the birds know. Apparently a bird just shit on Biden in Iowa. That bird speaks for anyone who’s filled their tank or gone shopping in the last 18 months.
pic.twitter.com/fYeoWM9Nep

Biden is so out of it that he can't even tell when he literally gets shit on by a bird.

Is that bird poop or food on Biden’s collar? https://t.co/rsgLfjEqJX

An insurrectionist bird took a dump on Biden. pic.twitter.com/KXbDSjBTNs

(Related: While Making Climate Change Remarks, Biden Gets Video-Bombed By A Large Bug Crawling On Him)

Trump’s Spokeswoman Liz Harrington on Biden: ‘This Man is Not Running Things. So Who is?…He’s Incapable of Doing Anything’