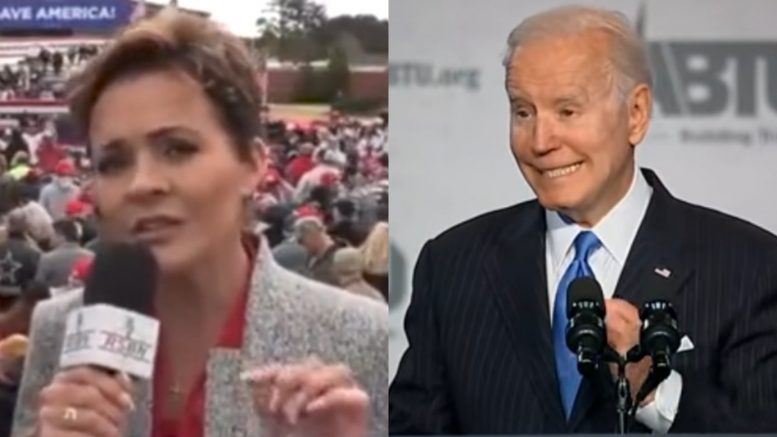 On Saturday, Arizona gubernatorial candidate Kari Lake declared that a lot of the issues happening across America and around the world are a direct result of “stolen elections” that helped put Joe Biden “in the White House.”

Lake made the bold remarks while being interviewed at 45th President Donald Trump’s “Save America” rally in Selma, North Carolina.

Related Article: Kari Lake Turns the Tables on Reporter When Asked ‘Do You Think Joe Biden Is the Current President?’

“Stolen elections have consequences,” Lake said. “We shouldn’t even have this man in the White House as far as I’m concerned as far as the evidence that’s out there.”

“When you have the wrong guy that’s in the White House because the elections are stolen, you end up with out of control inflation, energy costs that we can’t afford. We can’t afford to cool our homes, heat our homes. We can’t afford groceries. We’ve got an unstable, a destabilized world. Think about what’s happening in our world because we have a guy who’s weak in office. President Trump would have never let this stuff happen.”