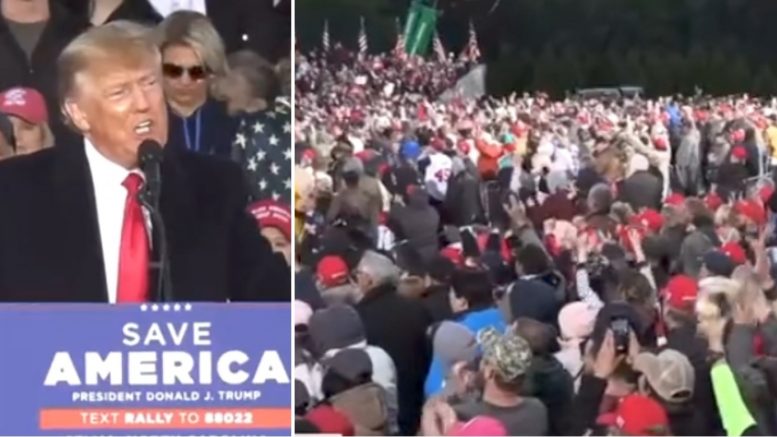 45th President Donald Trump hinted once again on Saturday that he would be running in the next presidential election.

The former president drew massive cheers from the crowd at the “Save America” rally in Selma, North Carolina when asking them if they would like to see him “run again.”

Everything we’re seeing is a consequence of this horrible, horrible election. It was rigged, it was stolen, it was a disgrace. But don’t lose hope because with the right leadership, America will be back greater, stronger and more powerful than ever before.

The truth is I ran twice, I won twice. I did much better the second time than I did the first, and now we may have to do it again.

Is there anybody here who would like to see me run again? Video Below

Everything we’re seeing is a consequence of the horrible horrible election. It was rigged, stolen, and a horrible disgrace. Don’t lose hope because with the right leader ship America will be back stronger and more powerful than ever before. pic.twitter.com/SNzgIp3IYR