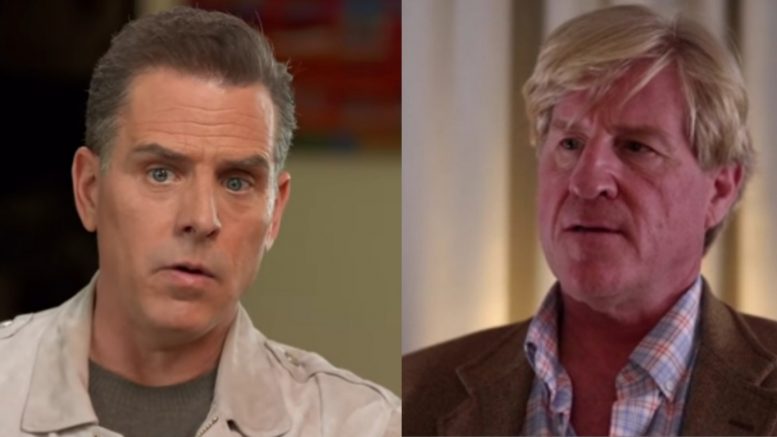 Jack Maxey, the whistleblower who distributed material from Hunter Biden’s alleged laptop to members of Congress and several media sources, claims his team of tech analysts have uncovered 450 gigabytes of deleted material that Hunter “thought was erased” and that he plans to soon release it to the public.

Maxey, who fled to Switzerland after receiving a copy of the laptop from Rudy Giuliani, said the massive amount of material recovered includes 80,000 images and videos and more than 120,000 archived emails. Some of the content includes pictures of “young girls with their tongues out,” according to an interview uploaded by Daily Mail.

Mr. Maxey stated as follows during his interview with the Daily Mail:

Ultimately we found 450 gigabytes of what Hunter thought was erased material. Now some of it was duplicate, but amongst those things were 80,000 images and videos.

When my tech guy first started looking at them, it was very uncomfortable. Many of them were young girls for some reason sending pictures to Hunter of their tongues out, and I said, “You gotta stop. You have to stop.”

If he meant to erase these pictures, I was feeling there could be a high likelihood there was something that no man or woman with a soul would want to see and then I would be instantly obligated to go to the Swiss police and I wanted to make sure that before that eventuality had to come to pass that we had archived all of the other material.

Since then we found thousands and thousands of PDF’s we didn’t know about. We have been able to scrape all of the attachments. We keep finding more and more things, and so rhat became quite horrifying. That’s where we are people and, in short order, I’m going to make it available to the world. My original intention on coming here was to make copies for the United States Senate, the House of Representatives and U.S. law enforcement because every single crime that Hunter committed other than espionage is a state crime. Video Below

Herridge: The Federal Investigation into Hunter’s Business Practices ‘Is Broader than Previously Known’