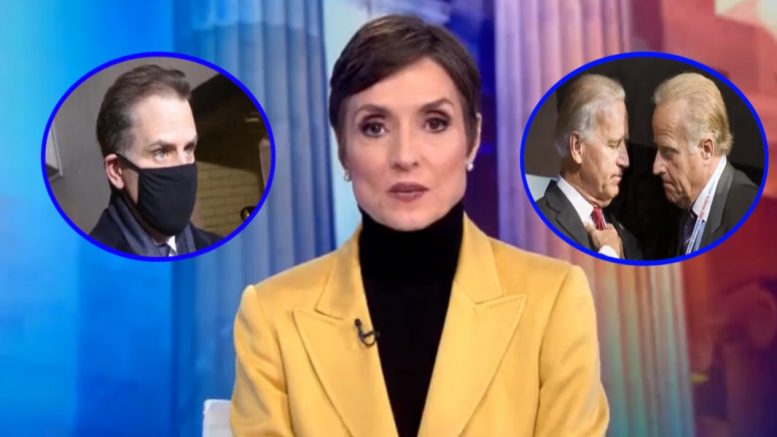 “Some of those concerns involved large wire transfers”, Herridge explained after speaking with Senator Chuck Grassley (R-IA), the ranking Republican on the Judiciary Committee, who released bank records this week from James Biden’s company, directly from the bank where the consulting group did business.

“We have people with the Biden name, dealing with Chinese business people that have a relationship to the Communist Party,” Senator Grassley told Herridge. “I think James Biden was very much a part of this.”

In a September 2020 report with Senator Ron Johnson, Republican of Wisconsin, Grassley alleged Hunter, James, and James’s wife Sara tapped into a line of credit Hunter set up with a Chinese business executive to purchase more than $100,000 in airline tickets, hotels and restaurants. Newly released records from Republican investigators show what appears to be the 2017 application for that $99,000 line of credit bearing the signatures of Hunter Biden and the Chinese executive, per CBS News. Video Below

Joe Biden has claimed he was not involved in the business dealings of his son and brother, and there has been no evidence yet that has emerged to refute this. “I have not taken a penny from any foreign source, ever, in my life,” Biden alleged in October 2020 at a presidential debate.

Federal officials have confirmed that Hunter Biden is the focus of an ongoing investigation out of the U.S. attorney’s office in Delaware. The probe is centered on tax and other financial issues. A 2019 federal subpoena obtained by CBS News shows the criminal probe in Delaware has sought Hunter and James Bidens’ bank records dating back to 2014, when Joe Biden was vice president, CBS News reported.