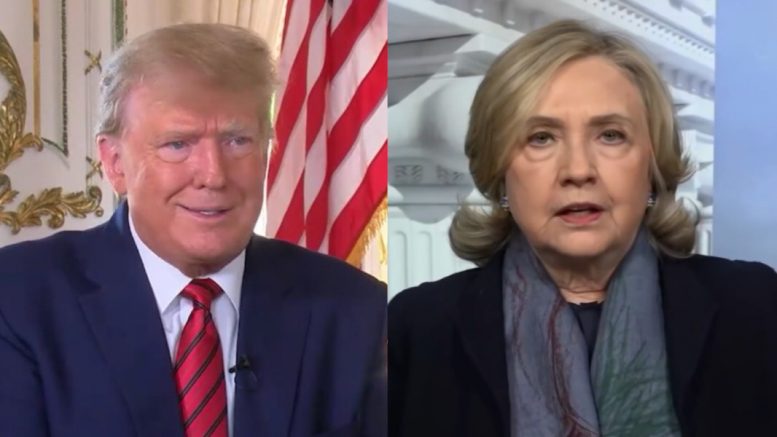 A second Magistrate Judge assigned to the case brought by 45th President Donald Trump against Hillary Clinton, the DNC, and others has recused himself on Wednesday. (First recusal HERE)

The lawsuit, which was filed in the United States South Florida District Court, claims that Clinton and other members of the DNC “orchestrated an unthinkable plot – one that shocks the conscience and is an affront to this nation’s democracy.” The alleged plot in question involved falsifying records and manipulating data in an attempt to “cripple Trump’s bid for presidency” during the 2016 election, as previously reported by The Freedom Times.

“Pursuant to 28 U.S.C. § 455 and the Court’s Internal Operating Procedures, the undersigned U.S. Magistrate Judge hereby recuses himself and refers this matter to the Clerk of Court for reassignment. DONE and ORDERED in Chambers in West Palm Beach, Florida, this 6th day of April, 2022”, the order of recusal reads.

In addition, Trump said in a six-page motion on Monday to disqualify Judge Donald Middlebrooks in the case, “Due to the fact that the defendant, Hillary Clinton, is being sued by her former opponent for the United States presidency, an election that she lost, regarding serious allegations on her part, as well as her allies, of engaging in fraudulent and unlawful activities against the plaintiff, and because her husband nominated Judge Middlebrooks to the federal bench, there exists a reasonable basis that Judge Middlebrooks’ impartiality will be questioned”.

U.S. District Judge Donald Middlebrooks was appointed in 1997 by then-President Bill Clinton. Bill Clinton has been married to Hillary Clinton, Trump’s rival in the 2016 presidential election, since 1975. Federal law states that judges shall disqualify themselves in any proceedings in which their impartiality might “reasonably be questioned”, Zachary Stieber at The Epoch Times noted.

Middlebrooks’s prejudice because of his connection to the Clintons is “so virulent or pervasive as to constitute bias against a party,” the motion reads, referring to a ruling in a previous case regarding such matters.