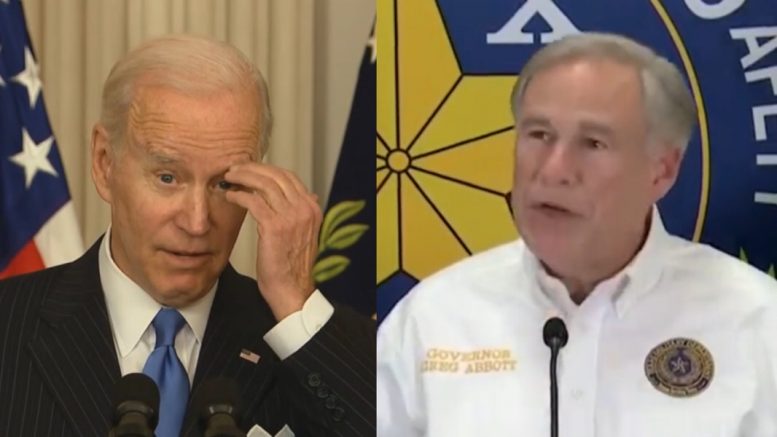 Texas Republican Governor Gregg Abbott on Wednesday announced that he will be sending charter buses of illegal immigrants, who have been dropped off in the Lone Star State, to Washington D.C. — ahead of the elimination of the Title 42 health policy, currently in place at the southern border — which will end next month.

Despite warnings, including from fellow Democrats, that it will lead to another surge of illegal migrants at the border with Mexico, President Biden will end the Trump-era policy known as Title 42 — which allowed the summary expulsion of nearly 2 million migrants — on May 23, the Centers for Disease Control and Prevention announced Friday, New York Post reported.

Title 42 went into effect under 45th President Donald Trump in March 2020 and has allowed border officials to immediately expel migrants who attempt to enter the US without allowing them a chance to claim asylum. The policy has been used to remove migrants more than 1.7 million times, according to official estimates.

“We are sending them to the United States Capitol where the Biden administration will be able to more immediately address the needs of the people that they are allowing to come across our border,” Governor Abbott said.

.@GregAbbott_TX: “Texas is providing charter buses to send these illegal immigrants who have been dropped off by the Biden Administration to Washington D.C.” pic.twitter.com/JP1LKS0PZa

Abbott says the migrants will be dropped off at the steps of the U.S. Capitol. He is fed up with the federal government mass releasing migrants into small TX cities. State officials say they are prepared to activate up to 900 buses, or “as many as needed”. @FoxNews