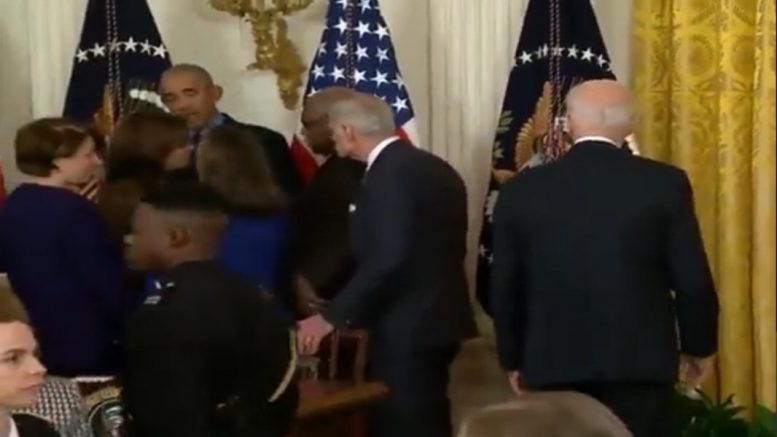 Following an event at the White House with Joe Biden, Kamala Harris, and Barack Hussein Obama over the Affordable Care Act on Tuesday, Biden appeared to be wandering around alone as guests seemed more interested in talking to the former president.

Video clips posted on Twitter captured the scenes, appearing to show Biden “being ignored” at “his own party”, according to former Deputy Assistant to President Trump Sebastian Gorka and Republican political commentator Paris Dennard.

Sebastian Gorka tweeted, “Brutal: Biden the By-Stander. At his OWN party…”

At his OWN party… pic.twitter.com/RLYA5lcWXS

Obama also called Biden “vice president”, then immediately claimed it “was a joke”.

Obama: "Vice President Biden … That was a joke." pic.twitter.com/FHRWlTXK4A