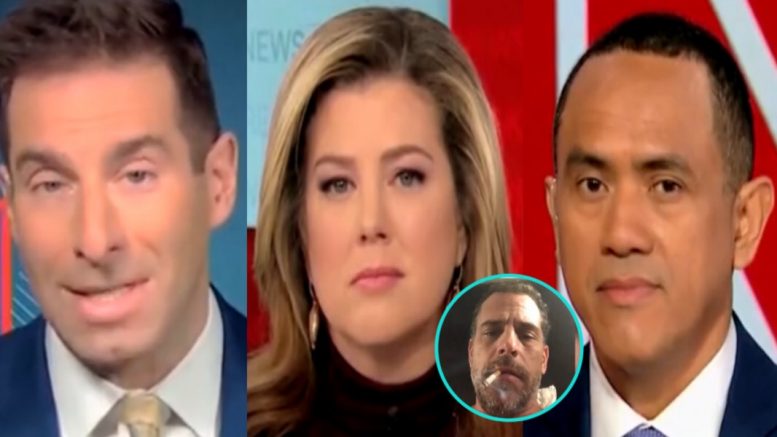 During an airing on CNN Wednesday, Evan Perez, CNN senior justice correspondent, weighed in on Hunter Biden’s laptop, acknowledging, that “the FBI has possession of it and that they believe it is his laptop”, adding, “The contents are his.”

CNN’s omission comes after The New York Times admitted more than a year later that the contents of Hunter Biden’s laptop is, in fact, legitimate.

“People familiar with the investigation said prosecutors had examined emails between Mr. Biden, Mr. Archer and others about Burisma and other foreign business activity,” the New York Times wrote. “Those emails were obtained by The New York Times from a cache of files that appears to have come from a laptop abandoned by Mr. Biden in a Delaware repair shop. The email and others in the cache were authenticated by people familiar with them and with the investigation.”

The investigation into Hunter Biden’s laptop is being overseen by David C. Weiss, the U.S. attorney for Delaware. He worked in the office during the Bush and Obama administrations, and was nominated to run it by Mr. Trump. Mr. Weiss has been permitted to remain in office until the Biden case is resolved, reported the Times.

Along with Evan Perez of CNN admitting that the contents of Hunter Biden’s laptop is not “Russian disinformation”, CNN senior legal analyst Elie Honig also said of Hunter’s business dealings, “This is a very real, very substantial investigation of potentially serious federal crimes. We are seeing federal prosecutors in Delaware do exactly what you would expect to see federal prosecutors do in this situation. They’re talking to witnesses, they’re bringing people into the grand jury, they’re issuing subpoenas.” [Emphasis added].

“And I would expect as Even reported, they’re gaining steam, and they they to make a decision, I think, at least in the intermediate future. This case has been going on for four years, and there is a realistic chance this could result in federal charges. Of course, then we would be in unprecedented political territory, not legal territory, but a situation of having potentially the Justice Department prosecuting and trying to imprison the son of the president,” Honig said. Continued Below

CNN White House correspondent John Harwood further said during discussions into the matter, “It seems pretty clear that Hunter Biden was trading on his father’s name to make a lot of money.”

“We know the FBI has possession of it and that they believe it is his laptop. The contents are his.” pic.twitter.com/n6pHdWHQVq

CNN: The federal investigation into Hunter Biden's crooked business dealings is a "very real, very substantial investigation of potentially serious federal crimes…There is a realistic chance this could result in federal charges."pic.twitter.com/yKAoMXPOGN

W.H. spox — pardon, I mean CNN “reporter" @JohnJHarwood on Hunter’s laptop: "There is zero evidence that Vice President Biden, or President Biden, has done anything wrong in connection with what Hunter Biden has done." pic.twitter.com/bpfjsqHuhT

Meanwhile, Joe Biden claimed during a 2020 debate that his son’s laptop was “a smear campaign” and “a bunch of garbage”.

Here’s Biden saying the incriminating emails on Hunter’s laptop were just "a smear campaign" and “a bunch of garbage" pic.twitter.com/K3Ojf3SyIg