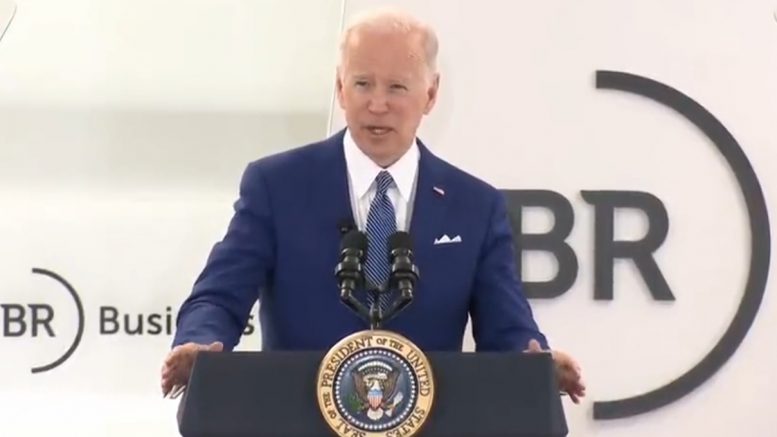 Joe Biden is now claiming that there is going to be a “new world order” soon approaching that the U.S. will have to “lead.”

Speaking at the Business Roundtable’s CEO quarterly meeting on Tuesday, the Democrat politician also suggested the world has been a better place since 1946 because of “liberal world order.”

Related Article: Bongino Rips Biden’s ‘Build Back Better’ Plan: ‘What the Hell Did They Actually Build Back at All?’

“One of the top military people said to me in a secure meeting the other day 60 million people died between 1900 and 1946, and since then we established a liberal world order and that hasn’t happened in a long while — a lot of people dying but nowhere near the chaos.

“Now is the time when things are shifting. There’s going to be a new world order out there,  and we’ve got to lead it and we’ve got to unite the rest of the free world when doing it.” Video Below

POTUS: "Now is the time where things are shifting. There's going to be a new world order out there and we've got to lead it." pic.twitter.com/BOH1VVm4Z3