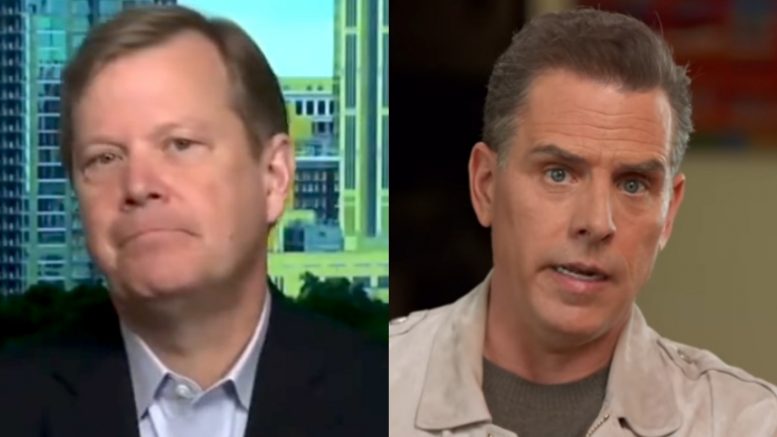 American political writer Peter Schweizer is convinced that The New York Times is “extremely concerned” that Hunter Biden is going to be “indicted,” which is why the publication is now acknowledging there is a lot of truth behind the New York Post’s initial report about Hunter’s laptop.

The New York Times recently published a report, where they basically admitted that damning files exposed from Hunter’s alleged laptop were, in fact, authentic, despite over 50 former inteligence officials suggesting The Post’s report was Russian disinformation.

In reaction to the latest developments, Mr. Schweizer made the following remarks while appearing for a Sunday interview with Fox News host Maria Bartiromo:

“I think this New York Times piece, the fact that they got cooperation from Team Biden and probably from the Hunter Biden legal team is an indication to me they are extremely concerned that he is going to be indicted.

“This grand jury has been meeting since 2018. They were suspended during COVID because of health care protocols. It’s back up and running and it’s very clear that when it comes to the issues related to tax invasion and money laundering and the other issues wrapped up with it, they’re extremely concerned that Hunter Biden is going to he indicted, and think this article is an effort to frame that conversation in a way that could be most favorable to him.” Video Below

.@peterschweizer tells @MariaBartiromo The fact that @nytimes got cooperation with team Biden and Hunter Biden‘s legal team is a good indication they’re extremely concerned he’s going to be indicted. pic.twitter.com/Aa7QmPz2gV

.@peterschweizer tells @MariaBartiromo $31 million he said the Biden family received came directly from the laptop. There was foreign nationals emailing him asking him to confirm he received the $5 million they wired. pic.twitter.com/WOjShL5Eoo