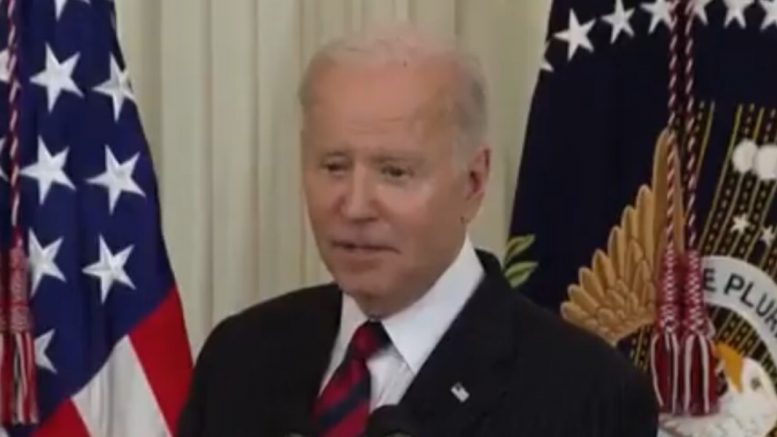 “Look at the stage,” Biden said. “There’s been a little change in the arrangement of who’s on the stage, because of– the first lady’s husband contracted COVID, but uh, look at this room and what you’ll see.”

Biden ultimately realized what he had said, then added, “That’s right. She’s fine. It’s me … The second lady — the first gentleman — how about that?”

BIDEN: “The First Lady's husband has tested positive for COVID”

That would be him.

You can’t make this up.

Biden was apparently trying to announce that second gentleman Doug Emhoff, husband to Kamala Harris, had tested positive for COVID-19.

Biden also struggled when he announced Energy Secretary Jennifer Granholm, appearing to forget which state Granholm had served as governor.

Granholm, who was born in Vancouver, British Columbia, served as Governor of Michigan from 2003-2011 and as Michigan’s first female Attorney General from 1999-2003, Daily Wire noted.

A user on Twitter pointed out of Biden’s speech on Tuesday:

During a 14-minute speech just now, Biden announced he has covid (he does not), said Kamala is the "first lady," called Doug Emhoff the "second lady," forgot his UN ambassador's name, and forgot what state his Energy Secretary was governor of.