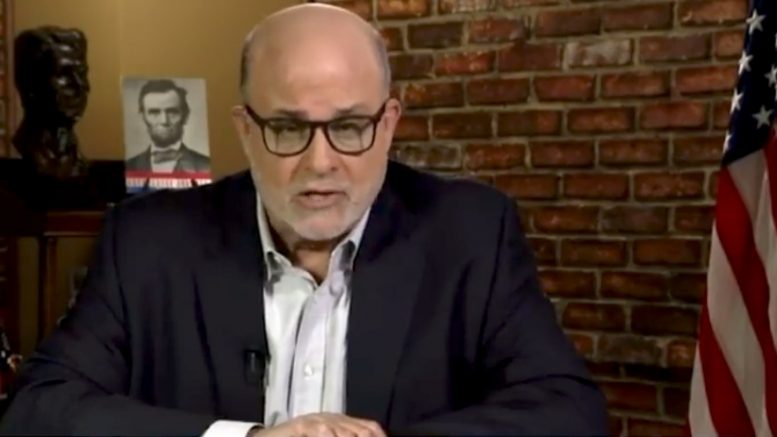 Politicial commentator Mark Levin slammed the “Putin-wing” of both the Republican and Democrat parties as well as the “Putin-wing of the media” in wake of, what he considers to be, a “phony story” suggesting U.S.-backed “biological research facilities” in Ukraine are manufacturing biological weapons.

The story first came to light when State Department’s Victoria Nuland acknowledged research facilities containing dangerous pathogens exist in Ukraine in her testimony to the US Senate (March 8, 2022).

“Ukraine has biological research facilities which, in fact we are quite concerned that Russian troops may be seeking to gain control of,” Nuland stated. “We are working with the Ukrainians on how they can prevent any of those research materials from falling into the hands of Russian forces should they approach.”

Since then, widespread speculation has surfaced pertaining to the extent on which the “biolabs” in Ukraine operate, drawing attention from politicians on both sides of the aisle, such as Tulsi Gabbard, and journalists like Fox News host Tucker Carlson, both who have openly questioned what is happening inside of the bio-facilities.

Mark Levin, who is a self-proclaimed Constitutional Conservative, addressed the “biolab” frenzy on a recent airing of Life, Liberty and Levin, repeating claims that the labs are actually “old Soviet locations” that are now in control of the United States, but are not being used to produce biochemical weapons.

The U.S. government confirmed there are biolabs in Ukraine. But now anyone who says that out loud is accused of treason. pic.twitter.com/8s6UPhBoAL

Reporter to Psaki: ‘Does This not Send a Signal to the World That There Kind of is an Asterisk Next to Anything [Biden] Says?’