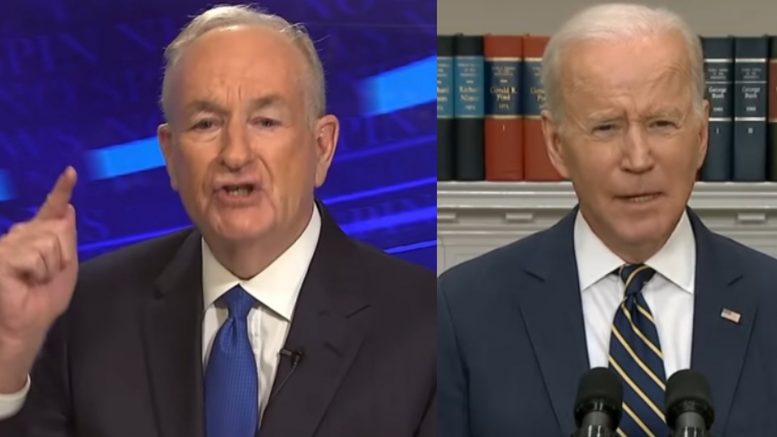 “I’ve had it!” exclaimed Bill O’Reilly on his No Spin News program. “Biden is not gonna get any better, and the Democratic Party has to get destroyed next November.”

The political commentator made the remarks after calling for a “hiatus” fro the Green New Deal in face of a possible world war that could stem from the conflict between Russia and Ukraine.

Related Article: Bill O’Reilly Indicates Why Joe Biden ‘Is Dangerous, And A Lot More Dangerous Than Barack Obama Was’

Mr. O’Reilly suggests massive inflation and rising gas prices is a direct result of Biden’s energy policies that prematurely came into effect because he is “a puppet of the progressives.”

“I don’t care whether you like Trump or not,” O’Reilly said. “Trump governed this nation in a resonsible way where everybody prospered. And if you don’t believe that, you’re a moron.”