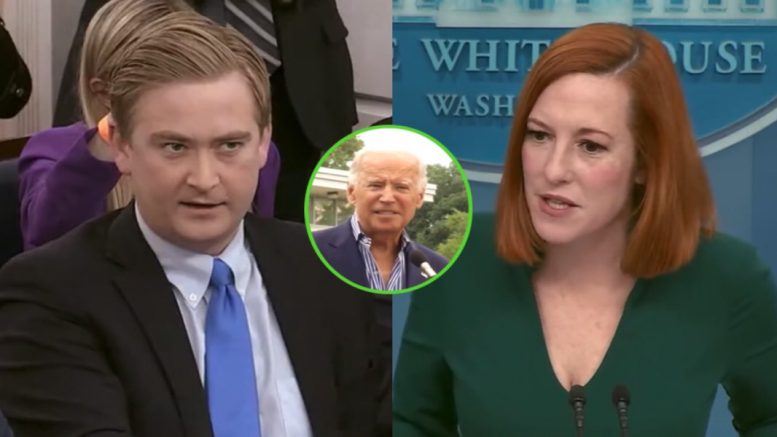 “You guys are pushing electric vehicles … this is a president who always talks about the power of our example. Does he own an electric vehicle?” Doocy inquired at Thursday’s White House press briefing.

Psaki claimed, “Presidents of the United States don’t do a lot of driving.”

Doocy responded, telling the White House press secretary that Biden, in the past, has “posted videos” of himself “revving the engine of his corvette in Wilmington”, adding, “He owns cars.”

Psaki deflected, saying that Biden “has also driven electric vehicles as president as to give a model to the rest of the country”.

“Does he own one?” Doocy tried again.

“I think the president’s record is clear on this, Peter. Presidents of the United States, current and when they are no longer — typically are not doing a lot of driving”, Psaki said, dodging Doocy’s question.

Peter Doocy: "This is a president who always talks about the power of our example. Does he own an electric vehicle?"

Psaki: "Presidents of the United States don't do a lot of driving." pic.twitter.com/7Kamz34ycm

Pete Buttigieg wants people to simply buy an electric car so they don't have to worry about rising gas prices. pic.twitter.com/VBcIfRotvE

"We have the ability to see what can be, unburdened by what has been. And then to make the possible actually happen."

Kamala Harris is possibly the world’s expert at saying so much, yet so little at the same time.

Related: Doocy to Psaki: ‘Are You Guys Just Gonna Start Blaming Putin for Everything Until the Midterms?’