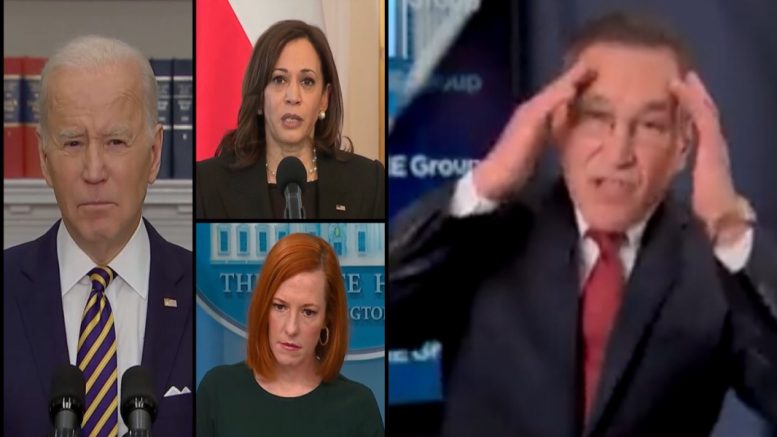 The year-over-year reading is in-line with estimates and compares with an annual 7.5% jump in January, marking the fastest increase since February 1982, when inflation hit 7.6%.

CNBC’s Rick Santelli reacted Thursday to the politization of inflation by the Biden administration — specifically their evolving excuses since the trajectory of rising prices after Joe Biden took office.

“This inflation news is going to be tough for the administration. Nothing … has been more politicized than inflation. Just let’s harken back to all the things we’ve been through: first it was transitory, then inflation is good, and then we went to corporate greed, and now we’re at Putin,” Santelli explained.

“It’s probably all the above, but no matter how you slice it, it’s all about commodities for the most part, and king commodity is energy,” he said.

“And most people then United States are reminded of that every three to four days when they go fill up their tanks,” Santelli added. Video Below

“First it was transitory, then 'inflation is good.' Then we went to 'corporate greed.' Now we’re at Putin."pic.twitter.com/B4WGpNafJW

From January to February, nearly every category of goods and services got pricier. Gas jumped 6.6% and accounted for almost a third of price hikes. Grocery costs jumped 1.4%, the sharpest one-month increase since 1990, other than during a pandemic-induced price surge two years ago. The cost of fruits and vegetables rose 2.3%, the largest monthly increase since 2010.

For the 12 months ending in February, grocery prices leapt 8.6%, the biggest year-over-year increase since 1981, the government said. Gas prices are up a whopping 38%. And housing costs have risen 4.7%, the largest yearly jump since 1991.

The February data was taken before Russia’s invasion of Ukraine, which pushed prices at the pump to $4.31 as of Thursday – a record high – according to AAA.

Related: Doocy Reacts to Biden Calling Him a ‘Stupid Son Of A B*tch’ for Asking About ‘Inflation’)

Biden: ‘When it Comes to the Gas Prices, We’re Going Through an Incredible Transition…Less Reliant on Fossil Fuels’