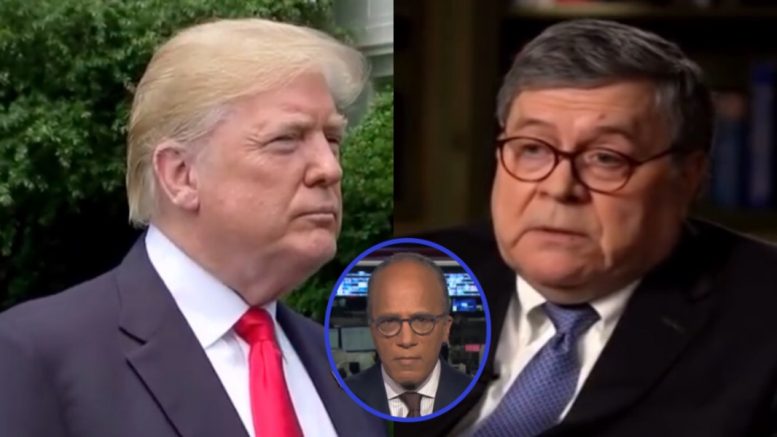 45th President Donald Trump sent NBC’s Lester Holt a three-page letter following an interview with William Barr, calling the former chief law enforcement officer “slow” and “lethargic and said he “realized early on that [Barr] never had what it takes to make a great Attorney General.”

Holt and the NBC News team reportedly asked Trump and his representatives for comment on a number of the statements Barr made during his sit-down interview with the anchor, which comes as the former head of the Justice Department promotes a new book about his time spent in Trump’s administration. Trump’s letter, sent to the anchor at the network’s studios in Manhattan, was reportedly first obtained by Axios. 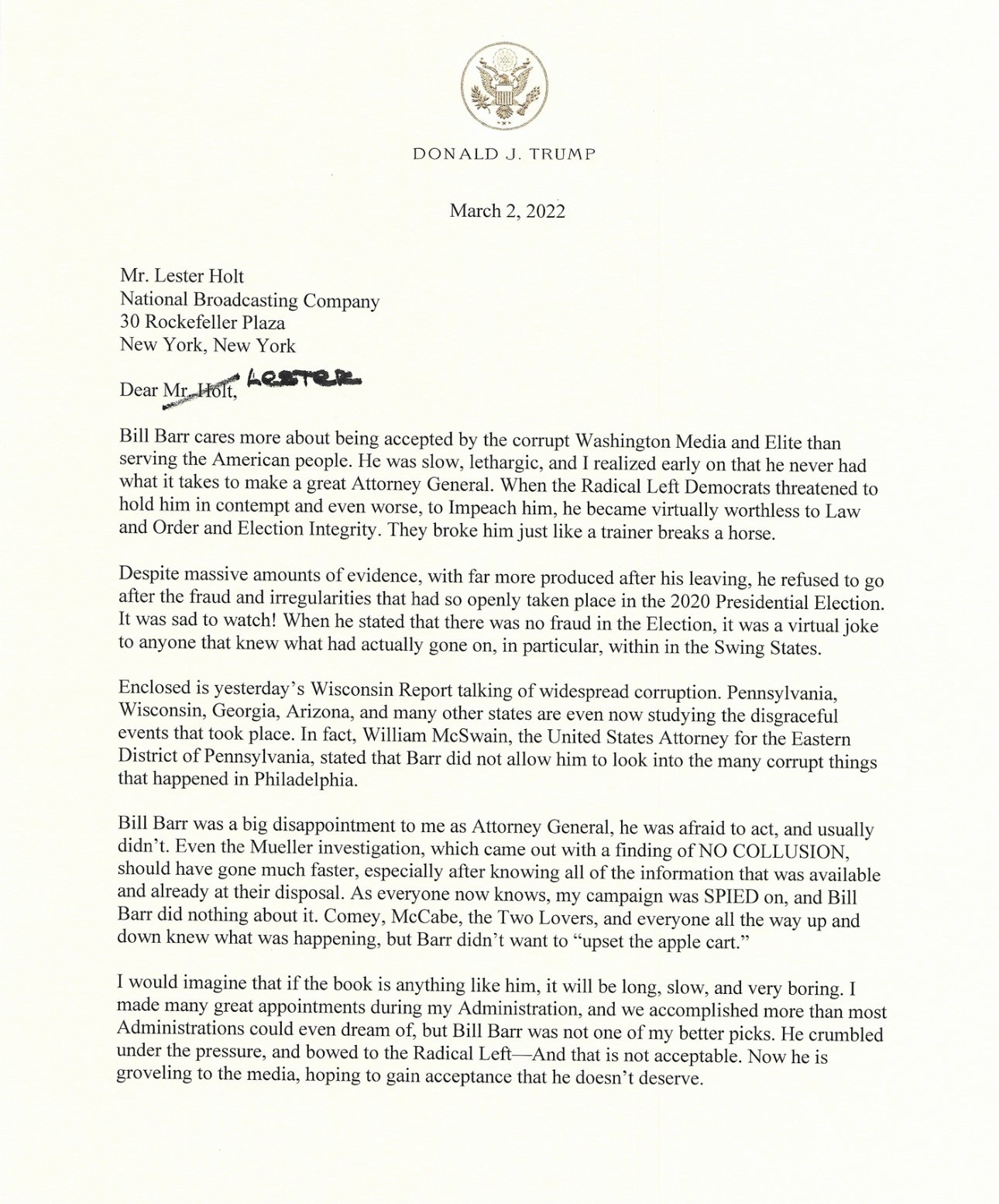 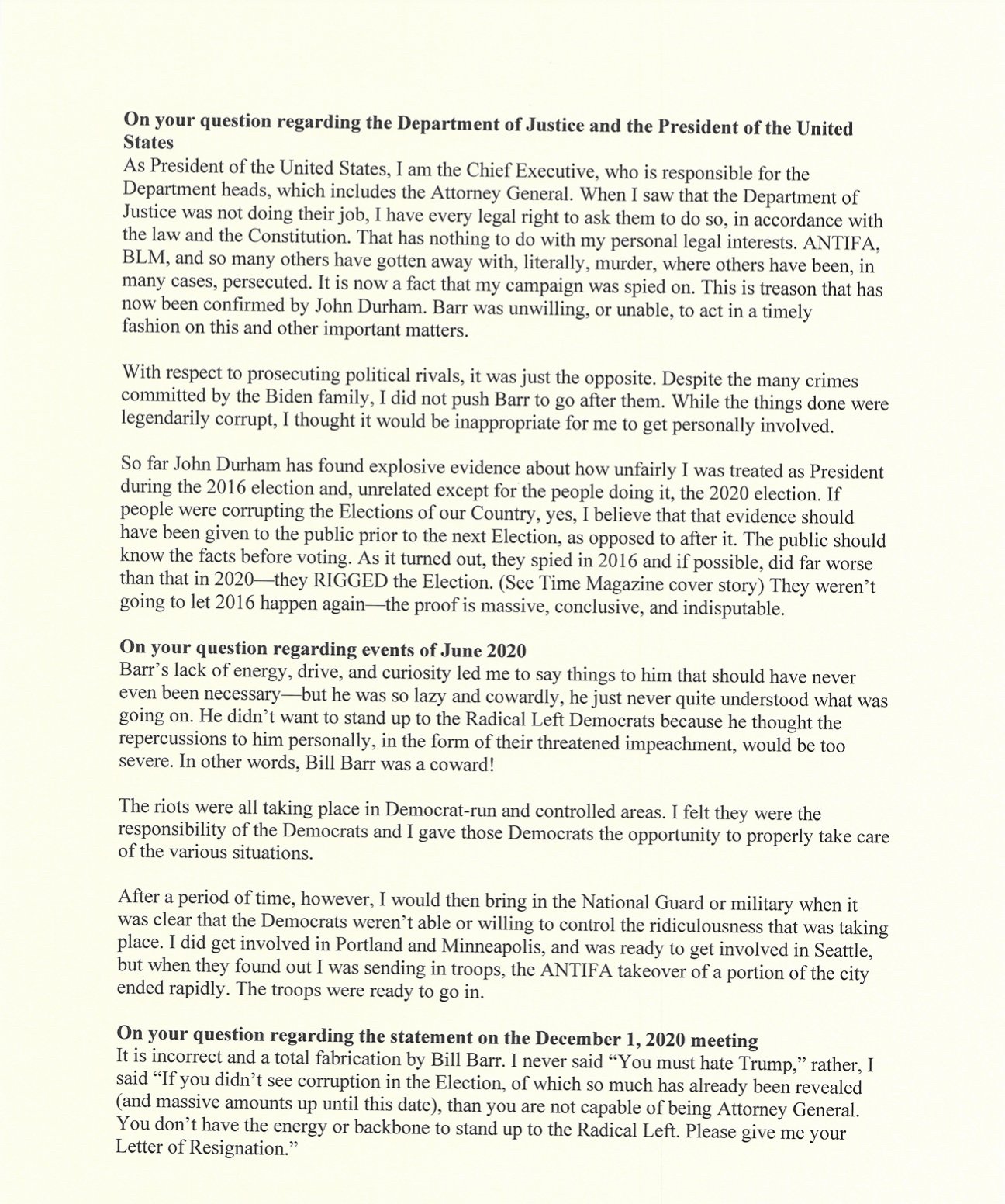 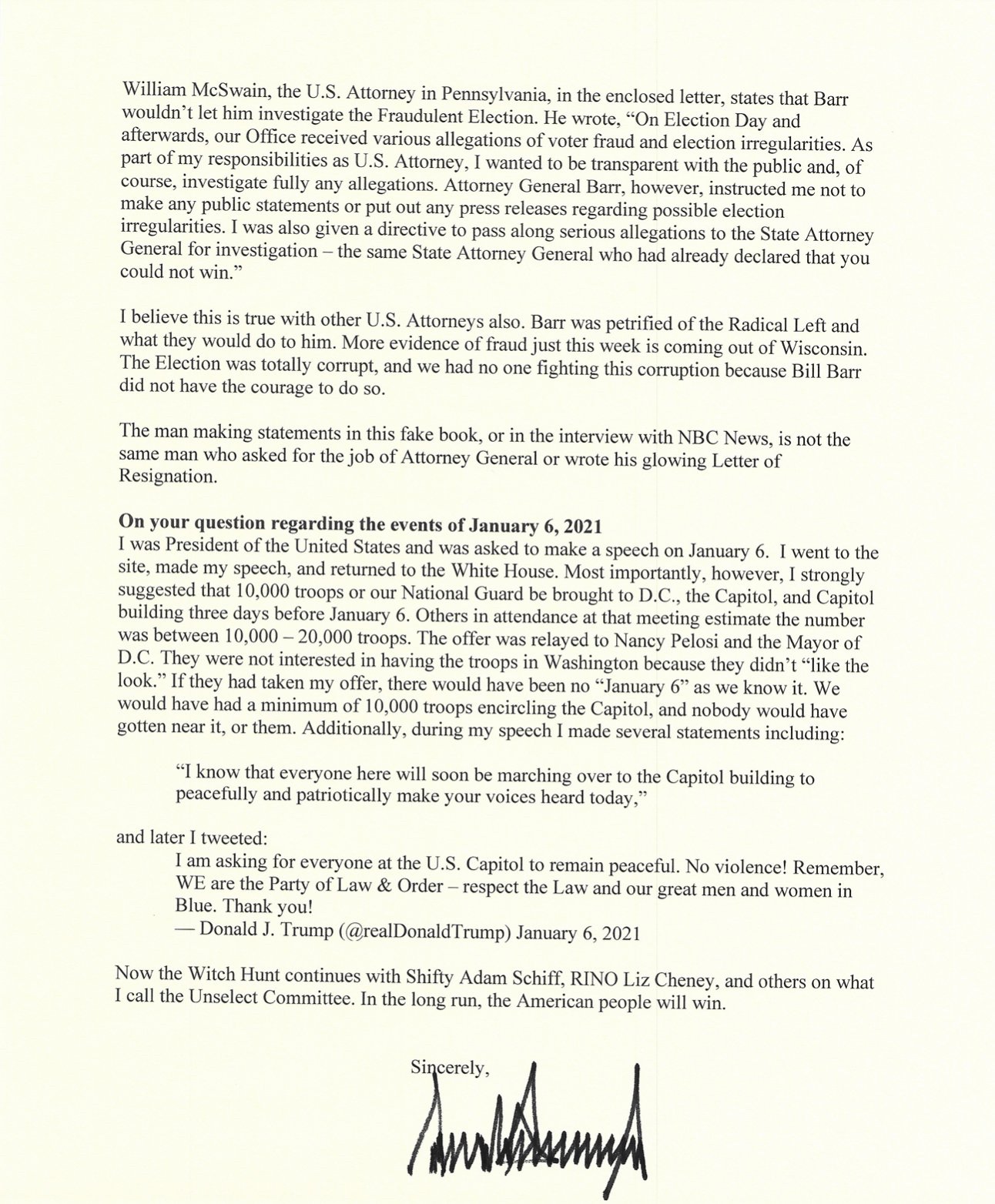 Following the 4th President’s letter, William Barr, during an interview on NBC’s “Today” show Monday morning, responded, calling the letter “childish” and “par for the course.”

“It’s par for the course. I mean the president is a man who, when told something he doesn’t want to hear, he immediately throws a tantrum and attacks the person personally,” Barr said. “I thought the letter was childish.”

“It’s par for the course. The president is a man who, when he is told something, he doesn’t want to hear, he immediately throws a tantrum.” -Former Attorney General William Barr responds to former President Trump’s letter to NBC pic.twitter.com/OO31HhY9xE

Meanwhile, before the 2020 election, Barr had described the risks of the widespread mail-in-voting during an interview on CNN with anchor Wolf Blitzer, as previously reported by The Freedom Times.

Bill Barr knew there was going to be massive fraud in 2020, and when it happened he did nothing about it.