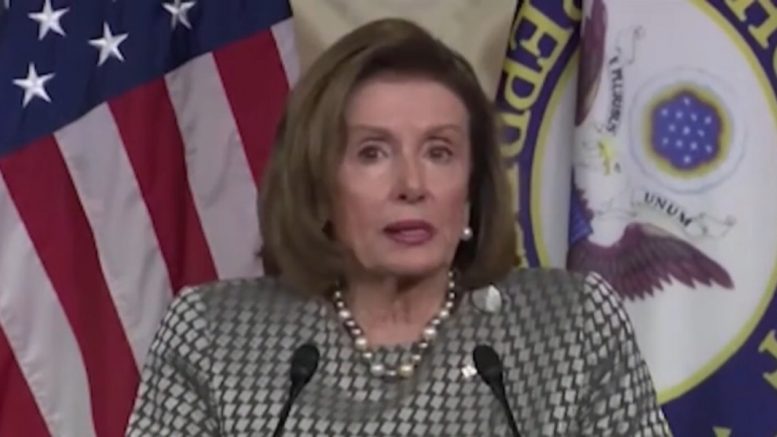 During a news conference last week, Pelosi was asked by a reporter, “How high do gas prices need to get before you would support something like opening up federal lands to drilling?” to which she responded, “I’m not for drilling on public lands”.

Pelosi claimed the price of gas, rising higher every day, “is directly related to what is happening in Ukraine.”

She also had trouble articulating the words “Strategic Petroleum Reserve”.

Gas prices in the Bay Area and the rest of the state have skyrocketed all week. The statewide average has reached $5.07 per gallon in California, according to AAA. That’s the highest average cost the state has seen in history. Gas is even more expensive in the Bay Area. San Francisco drivers paid an average of $5.21 a gallon while drivers in Alameda County paid $5.13 a gallon, Fox 2 KTVU reported. Continued Below

In addition to OAN’s reporting, RNC Research posted a series of clips of the rising gas prices with people’s concerns.

"It's crazy": Gas prices are rising so quickly, some gas stations are running out of price numbers. pic.twitter.com/kcpWFU8B3W

A Mississippi driver says gas prices under Biden are "ridiculous."

20 states and Washington, D.C. are paying over $4 per gallon of gas pic.twitter.com/aBHZZKPyws

"People are going to have to start making the decision whether to put food on the table or to start filling up their tanks.” pic.twitter.com/GmfUBVZOkr

Kevin, a California resident: "Orange juice is going up, bacon's going up, coffee’s going up, the cost of living is just going up, and wages aren’t going up." pic.twitter.com/CvXLJq9aTm

Under Biden, the “pain at the pump is off the charts” as gas prices reach “unbelievable” record highs. pic.twitter.com/7DahwQVr3w

"Sick to my stomach—you think back probably two to three years ago, we were energy self-efficient. We didn’t have to buy oil or gas, now things have gone just in the opposite direction…They’re killing the working man." pic.twitter.com/yqbdeWwEAM

(Related: Trump Suggests ‘if the Election Wasn’t Rigged’, America Would be ‘Energy Independent’ Have ‘Record-low gas Prices’ & ‘Supplying the World With oil & gas’)

Watch: Rep. Gaetz Holds Up Content from Hunter’s Alleged Laptop & Enters It into the Congressional Record