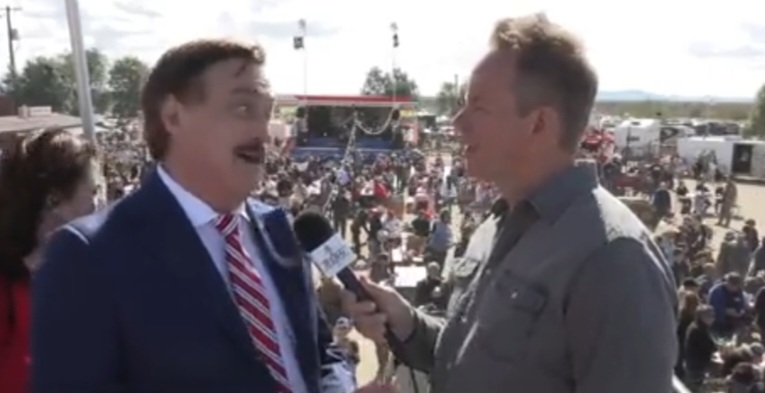 “We got a class-action lawsuit that’s coming out hopefully by next week,” claimed Mike Lindell at Kari Lake’s “Rock and Roll Rodio Rally” on Saturday.

“This will get rid of the [voting] machines cause they’re considered defective devices… a defective product, like bad brakes on a car,” he added.

The MyPillow CEO went on to say that his legal team has been working on the lawsuit for over five months and it has the support of hundreds of county commissioners and county clerks around America.

“We have a list now of over three hundred out of only three thousand counties,” Lindell said. “You only need a couple, but they’re jumping on board.”

BREAKING: Mike Lindell announces he is filing a class-action lawsuit next week to get rid of 'defective' voting machines pic.twitter.com/RZ6IJB46Le

Here are a couple of key video clips from Lindell’s speech at Saturday’s rally:

AZ Sen. Rogers: ‘You Don’t Have to Have 100% Proof or Smoking Gun to Decertify… to Say What You Handed in Was Inaccurate’