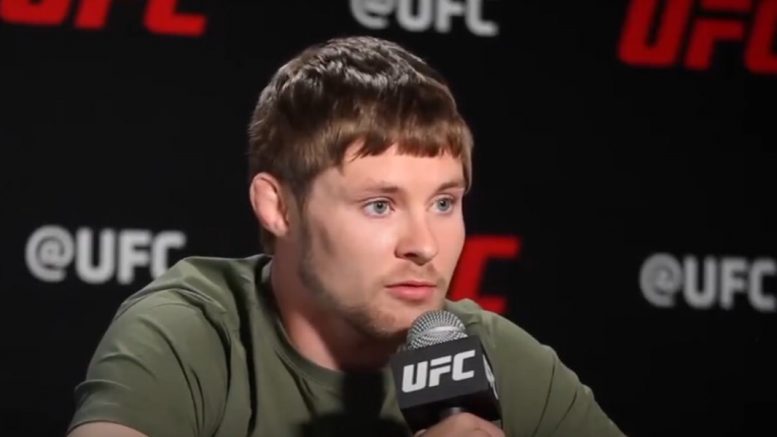 Asked specifically about his thoughts on the Ukraine situation, Mitchell said, “Here’s my first thought: I’m not going nowhere to fight none of these wars for these politicians.”

“I’m staying at home. And when the war comes to Arkansas, I will dig my boots in the ground, and I will die for everything I love,” Mitchell said, who was was born and raised in Cabot, Arkansas. “And I will not retreat. If this country is invaded and everybody’s saying, ‘Well, we gotta evacuate, we gotta leave’, I will not. I will dig my boots in the Arkansas soil, and I will fight for the people that I love, for the land that I love, and the way of life that I love”.

“But I’m not going overseas to fight. I don’t know what’s going on to be honest, brother. I really don’t. There’s so much stuff, and I don’t think nobody knows what’s going on fully,” he suspected.

“We got veterans sleeping on the street, and you’re gonna give our freaking tax dollars to these Ukrainians. … I don’t know what’s going on over there, but I’m not going over there fighting. God bless anybody that’s over there fighting, and I hope that this shit just gets solved,” Mitchell expressed. Video Below

“Man, I don’t like war. You know what I mean? I don’t want people dying and all that stuff. … There’s so much stuff that’s corrupted. We just don’t know what’s truly going on over there. I just pray all those people are safe,” Mitchell added.