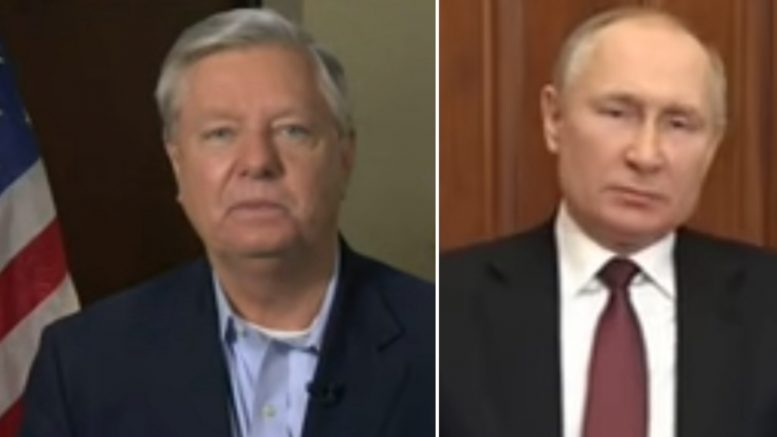 Sen. Lindsey Graham is calling for “somebody in Russia” to assassinate Russian president Vladimir Putin in wake of the latest developments regarding the invasion of Ukraine.

Related Article: ‘It’s Only About 10%’: Psaki Scrambles When Asked ‘Aren’t We Financing the War’ Since ‘We’re Buying Russian Oil?’

“Somebody in Russia has to step up to the plate. Is there a Brutus in Russia? Is there a more successful Colonel Stauffenberg in the Russian military?” Graham questioned.

“The only way this ends, my friend, is for somebody in Russia to take this guy out,” he declared. “You would be doing your country a great service and the world a great service.”

Trump Offers to Broker a Deal Between US, Russia & Ukraine to end war: ‘I will Head up Group???’