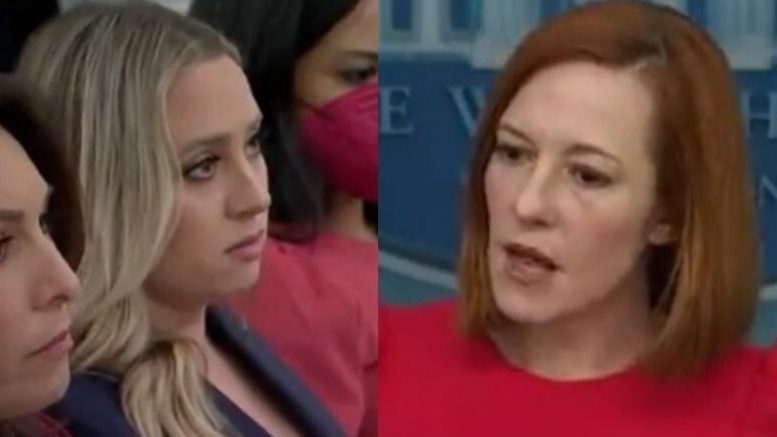 During Thursday’s White House press briefing, press secretary Jen Psaki responded to calls over banning the purchase of Russian oil amid the country’s invasion of Ukraine.

Psaki did not deny that the U.S. is taking part in “financing the war” by purchasing oil from Russia, but instead, she scrambled to say, “It’s only about 10 percent of what we’re importing. … But our objective here and our focus is making sure that any step we take, maximizes the impact on President Putin and minimizes it on the American people”.

Reporter to Psaki: "As long as we're buying Russian oil … aren't we financing the war?" pic.twitter.com/3sbKRRIfNk

The U.S. and its European allies buy about $700 million worth of oil every day from Russia. The U.S. alone imports about 670,000 barrels of crude oil and petroleum products each day from Russia, according to the U.S. Energy Information Administration.

Jacqui Heinrich also asked Psaki during the briefing on Thursday, “Do you think that opening the Keystone pipeline and having more energy-friendly policies might do that?”

Psaki claimed, “The Keystone Pipeline has never been operational. It would take years for that to have any impact. I know a number of members of Congress have suggested that, but that is a proposed solution that has no relationship or would have no impact on what the problem is. We here all agree is an issue.” Video Below

“So during those years where it would take to bring down prices, as you’re saying, we should just continue to buy Russian oil?” Heinrich followed up.

(Related: Psaki: Biden ‘Was the Vice President the Last Time Russia Invaded Ukraine–This is a Pattern…’)