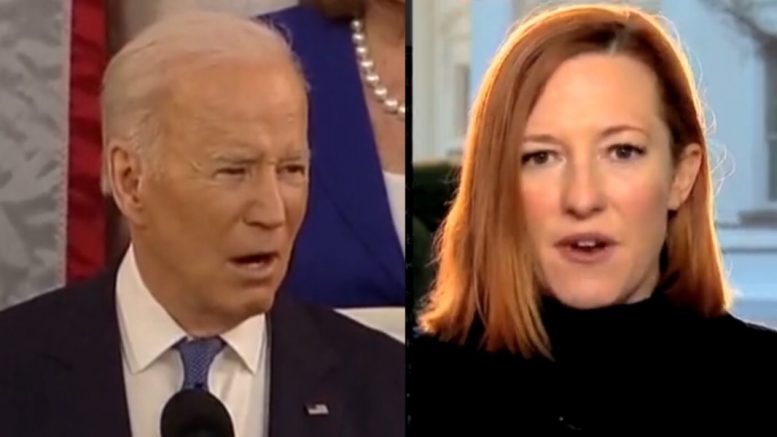 On Wednesday morning, White House press secretary Jen Psaki appeared to admit there is a basic “pattern” to why Russian President Vladimir Putin is now invading Ukraine, which ironically involves both her and her boss in the White House.

“I was at the State Department, the president was the vice president the last time Russia invaded Ukraine,” Psaki said.

“This is a pattern of horror from this president — from President Putin and from the cronies around him,” she added.

In February and March 2014, Russia invaded and subsequently annexed the Crimean Peninsula from Ukraine. Ukraine and many other countries condemned the annexation and consider it to be a violation of international law and Russian-signed agreements safeguarding the territorial integrity of Ukraine, Wikipedia reported.

It led to the other members of the then G8 suspending Russia from the group and then introducing a first round of sanctions against the country. The United Nations General Assembly also rejected the referendum and annexation, adopting a resolution affirming the “territorial integrity of Ukraine within its internationally recognized borders”, per Wikipedia. Video Below

Jen Psaki: Biden "was the vice president the last time Russia invaded Ukraine, this is a pattern" pic.twitter.com/fFwbYLKyRi

Meanwhile, during the State of the Union on Tuesday evening, Joe Biden said, “Putin may circle Kyiv with tanks, but he’ll never gain the hearts and souls of the Iranian people.”

Kamala Harris, who was seated behind Biden, appeared to say “Ukrainian” to herself, following Biden’s clear gaffe.

Last month, Senator Ted Cruz (R-TX) ripped Biden during a speech on the Senate floor for his weak foreign policy record, calling it a “pattern”.

Turley ‘Inundated’ With Threats Over His Testimony, Calls Out Swalwell’s ‘Scorched Earth’ Attack