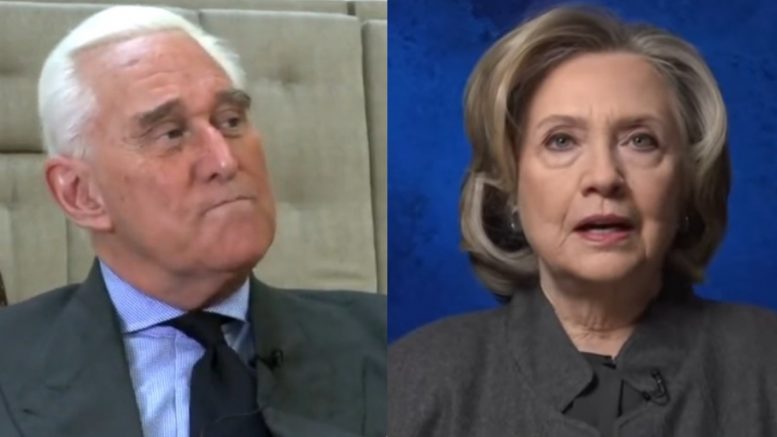 Stone was sentenced to 40 months in federal prison as a result of Special Counsel Robert Mueller’s investigation into the 2016 Trump canpaign. However, his sentence was communited by Trump just days before his prison time was about to start.

Now, Stone is speaking out about all that he went through and his plans moving forward, which includes seeking repercussions from those who he believes are responsible for putting him in a string of legal matters and other unfortunate situations since the 2016 election. Especially in light of Special Counsel Robert Durham filing the government’s motion to inquire into potential conflicts of interest in the Michael Sussmann case — alleging that lawyers from Hillary Clinton’s presidential campaign in 2016 had paid to “infiltrate” servers belonging to Trump Tower and later the White House, in order to establish an “inference” and “narrative” to bring to federal government agencies linking Donald Trump to Russia.

Mr. Stone doesn’t feel like he would be “suffering damages” from the legal mess he was put through if the Clinton campaign never allegedly spied on the Trump campaign in the first place, which ultimately led to Mueller’s probe. Stone was convicted of making false statements in that investigation.

“Since I believe I a still suffering damages, I still get death threats, my family still gets death threats, I continue to lose employment opportunities, I’m prepared to file a class-action suit against Hillary Clinton and John Podesta and Michael Sussman and others,” Stone said.

⚖️CLASS ACTION: #RogerStone was targeted by the #FBI and @CNN captured the frame-up RAID with impeccable timing. Now, Stone says he will initiate a class-action lawsuit against @HillaryClinton & others who have damaged him when attempting a #coup on #Trump. #Russia didn't hack! pic.twitter.com/JSh4SRvZA9