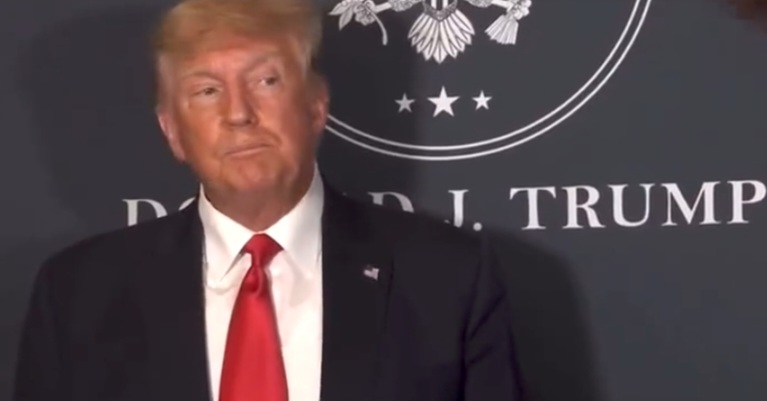 45th President Donald Trump was pressed on whether or not he has any concerns about election integrity when it comes to the 2022 midterms, as Republicans hope to take back control of the House and Senate.

A lot of things are going on in Pennsylvania, as an example. Many subpoenas are out, and they’re seeing the corruption that we’ve all seen… I’ve seen.

When you look at the ballot harvesting that has been like hundreds of thousands of votes. And this is just now coming out, and we have it on tape, they have it on pings — a ping is now a modern day finger print — and it’s conclusive and it’s determinative.

… I don’t know that they’re fixing it… I think they’re finding out what happened, more importantly right now, because you really have to find out what happened in order to properly fix it, and I think they have some very good leadership in Pennsylvania, and I’m not talking about the governor who doesn’t want anything to do with it because he understood what happened. But we have some very good Republican leadership in Pennsylvania, and they’re finding out tremendous things that took place during the 2020 presidential election. It was a scam what took place in Pennsylvania and other, mostly swing states — probably other states also, but they focused on the swing states. Video Below

President Trump says there’s a lot of things going on in Pennsylvania regarding the election. pic.twitter.com/DTwZUsFW8z