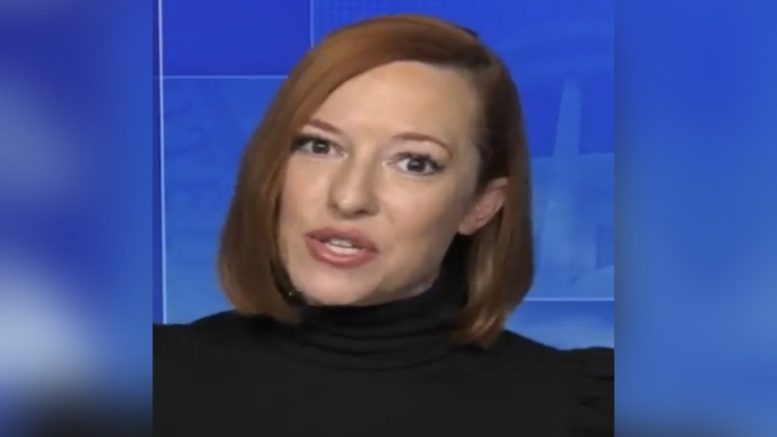 White House press secretary Jen Psaki on Sunday told host George Stephanopoulos on ABC’s “This Week” that calls for the U.S. to boost its own fossil fuel production, in response to Russia’s invasion of Ukraine, which has increased oil prices further, were a “misdiagnosis”, but at the same time admitted that “we need to reduce our dependence on foreign oil”.

Republican lawmakers have called on the Biden administration to boost domestic energy production in order to lessen reliance on Russian energy, which would essentially stop funding the war.

“On the energy sector, the way that the president, President Biden, has approached sanctions is we want to take every step to maximize the impact and the consequences on President Putin, while minimizing the impact on the American people and the global community,” Psaki alleged.

Psaki said that energy sanctions were still on the table. “We have not taken those off, but we also want to do that and make sure we’re minimizing the impact on the global market place and do it in a united way,” she said.

Stephanopoulos highlighted recommendations from Sen. Tom Cotton (R-AR) for the U.S. to lift restrictions on oil drilling on federal land and for the Keystone Pipeline to be reopened. Psaki claimed Cotton’s recommendations would not solve any of America’s problems.

“I would say the congressman’s recommendations through the Keystone Pipeline was not processing oil through the system. That does not solve any problems. That’s a misdiagnosis,” Psaki said. “Or maybe a misdiagnosis of what needs to happen.” Continued Below

Psaki added, “I would also note that on oil leases, what this actually justifies in President Biden’s view, is the fact that we need to reduce our dependence on foreign oil, on oil in general, and we need to look at other ways of having energy in our country and others.”

The Biden team got off to a fast start in its assault on U.S. and North American oil production by blocking the Keystone XL Pipeline project, which would have contributed to jobs in the construction, refining and transportation sectors in the United States. The administration also has put any new Alaskan production on permanent hold and frozen any new exploration and development auctions in the lower 48 states and offshore, Forbes reported Aug 13, 2021.

The Biden administration intends to phase out the U.S. oil and gas industry, while sending production abroad to producers in Russia and Middle Eastern nations whose commitment to reduce greenhouse gases is at best questionable. U.S. imports of crude oil from OPEC countries have already nearly doubled from levels before the pandemic and overall imports have reached levels not seen since well before the pandemic, per Forbes. Continued Below

White House @PressSec Jen Psaki tells @GStephanopoulos that Sen. Tom Cotton's proposal to reopen the Keystone Pipeline in an attempt to impact Russia's energy sector "does not solve any problems."

Trump had warned Americans during the 2020 presidential campaign, that Biden would “destroy” the oil industry. During the second debate last year, Biden said he “would transition from the oil industry”.