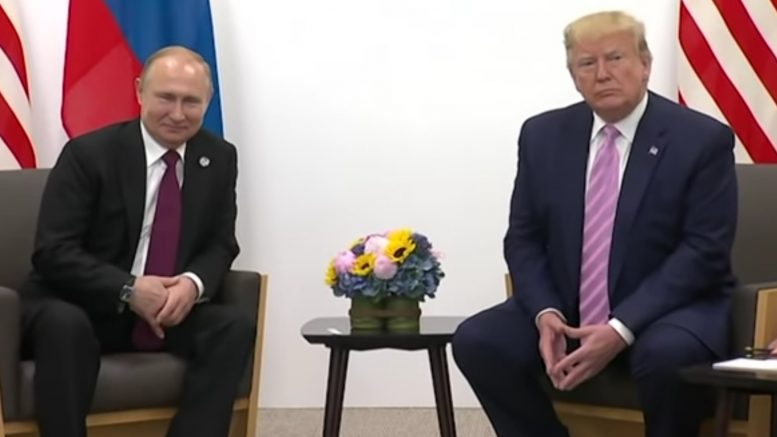 Gaetz attached to his Twitter post a Harvard Center for American Political Studies-Harris Poll, which was released on Friday, that revealed 62% of respondents believe Russian President Vladimir Putin would not have invaded Ukraine if Donald Trump were still president.

The poll found that 85 percent of Republicans and 38 percent of Democrats held that belief. The poll surveyed 2,026 registered voters and was conducted from February 23 to February 24.

More than half of Americans believe Putin is taking advantage of Joe Biden’s weakness.

A majority of Americans polled — 59 percent — also said they believed that the Russian president moved on Ukraine because Putin saw weakness in President Biden, while 41 percent said that it was not a factor in Putin’s decision to invade Ukraine. Continued Below

President Trump seems to agree with a majority of those polled. In an interview this week with Fox News’ Laura Ingraham, the 45th President commented over the situation in Ukraine, saying, “This is something that should have never happened. This would not have happened during my administration … but it wouldn’t have taken place and it wouldn’t have taken place right now.”

Trump added: “[Putin] saw the weakness [from Biden]. And you know it really started, I think with the weakness in Afghanistan — the way they pulled out of Afghanistan. I really believe that’s where [Putin] started thinking, you know, he could do this.”

On Monday, Putin recognized two pro-Russian Ukrainian provinces’ independence and sent Russian troops into the area for “peacekeeping.” Continued Below

Biden warned Putin not to invade Ukraine in December, but the Russian leader did not listen to him. “I will look you in the eye and tell you, as President Biden looked President Putin in the eye and told him today, that things we did not do in 2014 we are prepared to do now,” Biden’s national security advisor Jake Sullivan told reporters in reference to when Putin annexed Crimea in 2014 under former President Barack Obama’s watch, Breitbart reported.

Peter Doocy on Durham’s Filing Implicating Clinton Camp Lawyers: ‘This Story Likely Is Not Going Away’

Navarro Speaks Out on His Arrest: ‘Denied Food, Denied Water, Denied an Attorney’ – ‘This Is What We Live In’