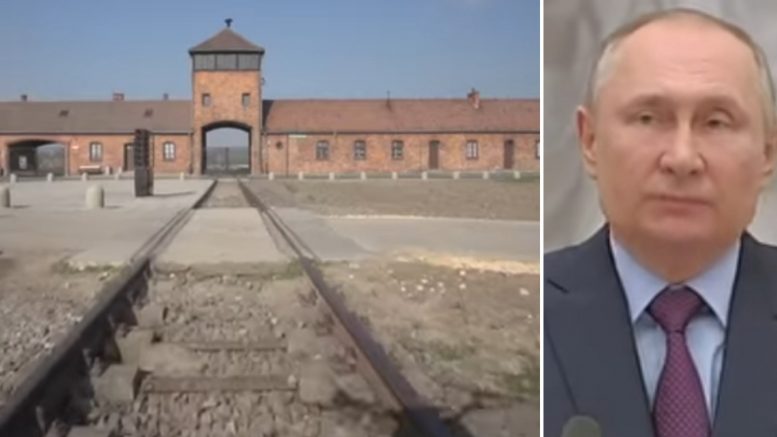 The Auschwitz-Birkenau Memorial and Museum slammed Russia over their decision to invade and attack Ukraine, suggesting the country led by Vladimir Putin “will be judged by history.”

According to Business Insider, “Russian President Vladimir Putin announced early Thursday morning that Russia would launch a military operation against Ukraine. A large assault on the Eastern European country soon followed, with reports of bombardments in cities across the country as well as Russian tanks and troops pouring across the border from several directions. Ukraine says it’s fighting to repel the Russian assault, and the country’s defense minister called on anyone willing to take up arms to enlist in the country’s defense forces. There have also been reports of casualties.”

Related Article: Gen. Flynn Releases a Statement on the Unfolding Situation in Ukraine: “This ‘Invasion’ was Totally Avoidable”

Soon after the initial attacks by Russia on Thursday, the following statement was released by the official Twitter account of the Holocaust remembrance museum, which is located at the site of the former Nazi Auschwitz concentration and extermination camp:

“This morning, Russia attacked Ukraine. This act of barbarity will be judged by history, and its perpetrators, it is to be hoped, also by the International Court of Justice.

“As we stand at the Auschwitz-Birkenau Memorial, it is impossible to remain silent while, once again, innocent people are being killed purely because of insane pseudo-imperial megalomania.

“We express our absolute solidarity with the citizens and residents of the free, independent, and sovereign Ukraine and with all Russians who have the courage to oppose this war.

“At this moment, the free and democratic world must show it has learned its lesson from the passivity of the 1930s. Today, it is clear that any symptom of indifference is a sign of complicity.” See Below

The Auschwitz Memorial statement on the situation in Ukraine. pic.twitter.com/RIXjm4oZas

‘A Must Watch’: Ric Grenell Implores; Shares Video of When Trump was Stern With NATO Sec. Over Germany’s gas Pipeline Deal

Gabbard to Romney: ‘Provide Evidence What I Said is Untrue & Treasonous. If you Cannot, you Should do the Honorable Thing: Apologize & Resign From the Senate’