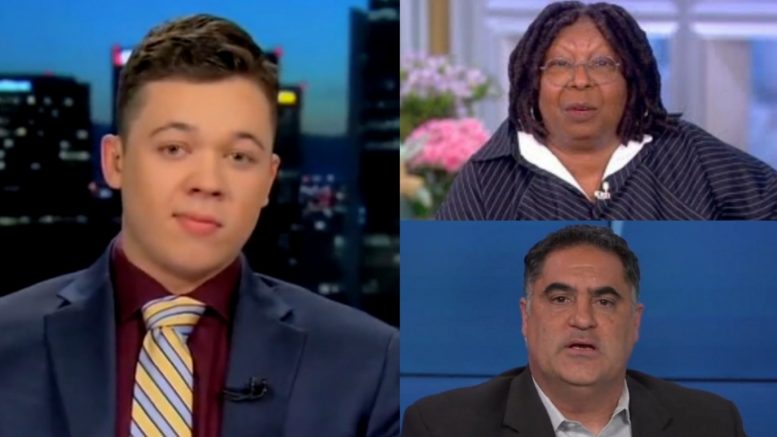 Kyle Rittenhouse announced on Monday an initiative to hold media organizations, celebrities, athletes and politicians “accountable” for “the lies they said” during his trial.

The move comes just months after the 19-year-old from Illinois was acquitted on all charges of killing two men and wounding another during riots that broke out in Kenosha, Wisconsin, on Aug. 25, 2020 after Jacob Blake was shot police during a domestic disturbance.

“Me and my team have decided to launch ‘The Media Accountability Project’ as a tool to help fundraiser and hold the media accountable for the lies the said and deal with them in court,” Kyle Rittenhouse told Tucker Carlson on Monday.

Asked if and when he will be suing any news organizations, Rittenhouse acknowledged, “Right know, we’re looking at quite a few politicians, celebrities, athletes, Whoopi Goldberg is on the list. She called me a murderer after I was acquitted by a jury of my peers. She went on to still say that, and there’s others. Don’t forget about Cenk from The Young Turks. He called me a murderer before verdict and continues to call me a murderer.”