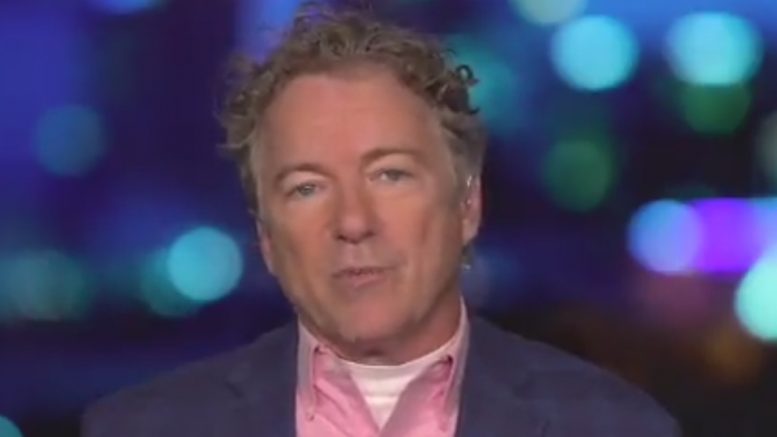 Sen. Rand Paul (R-KY) signaled that he’ll be forcing a vote on a bill in the upcoming days to scrap the mask requirement to ride on airplanes.

“President Biden signed an executive order on his first day in office that requires face coverings on all public transportation, including airports and airplanes,” according to The Hill. “The restriction, which has largely been enforced by flight attendants in the air, has been at the center of disturbances during flights as some passengers have refused to remain masked. Some of the altercations between passengers and flight staff have become unruly and even violent.”

I have a bill that I’m going to force a vote on in the next two weeks on getting rid of the masks on airplanes.

“It’s only theater”@RandPaul tells @dbongino that he is going to force a vote on a bill to get rid of masks on airplanes in the next two weeks pic.twitter.com/6fwZuiF2Zh

Judge Jeanine to Biden: “It’s Time for You to Figure Out a Way to Be a Leader & Not a Deceiver”