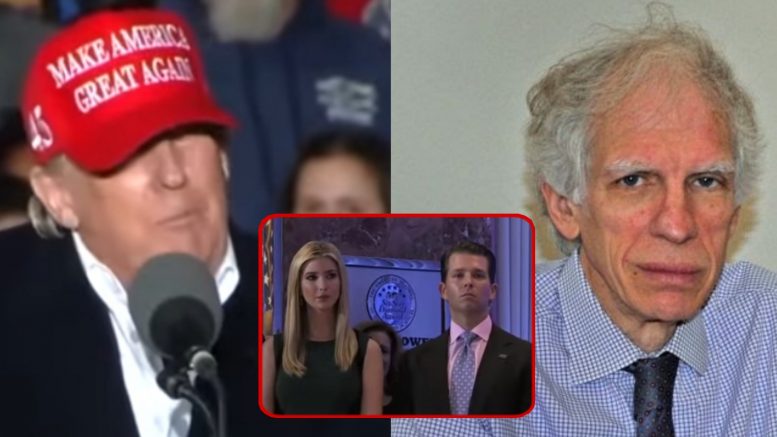 The former president called out double standards by both the justice system and “Fake News Media,” as he suggests “there is no case” involving the Trump Organization, yet the investigation remains ongoing and gets widespread attention, all while Hillary Clinton appears to get a free pass in the apparent “spying” scandal that has unfolded from Special Counsel John Durham’s recent bombshell filing.

As reporter by NBC:

Lawyers for Trump, Donald Trump Jr. and Ivanka Trump had sought to quash the subpoenas from Attorney General Letitia James’ office, arguing her investigation is politically motivated and designed to provide fuel for an ongoing criminal probe into the company by the Manhattan district attorney’s office.

In his ruling, state Supreme Court Justice Arthur Engoron gave the green light for the three to be deposed within the next three weeks. He also ordered the former president to turn over documents and information that had been subpoenaed within two weeks and portrayed the Trumps’ claims of being selectively targeted as overblown.

“In the final analysis, a state attorney general commences investigating a business entity, uncovers copious evidence of possible financial fraud, and wants to question, under oath, several of the entities’ principals, including its namesake. She has the clear right to do so,” the judge wrote in his eight-page decision.

In response, Trump issued the following bold reaction in an email to his supporters:

So, Crooked Hillary Clinton, one of the most corrupt politicians ever to run for President, can break into the White House, my apartment, buildings I own, and my campaign—in other words, she can spy on a Presidential candidate and ultimately, the President of the United States—and the now totally discredited Fake News Media does everything they can not to talk about it. On the other hand, failed Gubernatorial candidate, Letitia James, can run for the office of AG on saying absolutely horrendous and false things about Donald Trump, a man she doesn’t know and has never met, go on to get elected, and then selectively prosecute him and his family. After viewing millions of pages of documents over many years, they come up with a “Fringe Benefits” case on a car, an apartment, and on grandchildren’s education. She is doing everything within their corrupt discretion to interfere with my business relationships, and with the political process. With the rest of the case, even Cy Vance, who just left the DA’s office without prosecuting anything additional, because there isn’t anything additional to prosecute—THERE IS NO CASE! The targeting of a President of the United States, who got more votes while in office than any President in History, by far, and is a person that the Radical Left Democrats don’t want to run again, represents an unconstitutional attack on our Country—and the people will not allow this travesty of justice to happen. It is a continuation of the greatest Witch Hunt in history—and remember, I can’t get a fair hearing in New York because of the hatred of me by Judges and the judiciary. It is not possible!

Rep. Gaetz Drops The Name Of The Person He Believes Is Behind An Alleged ‘Extortion’ Scheme Against Him