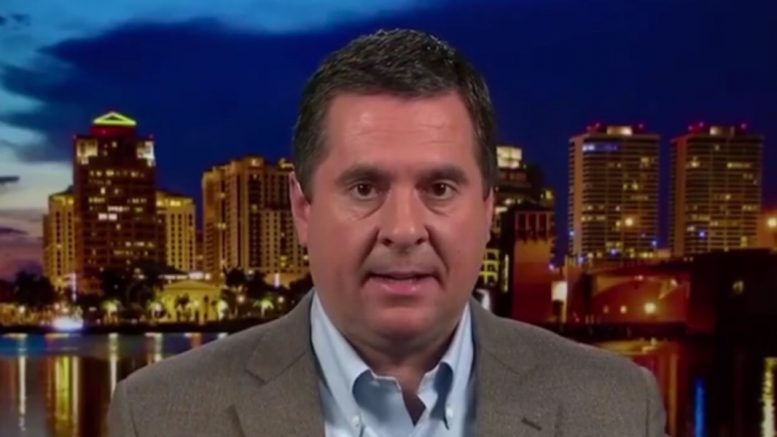 Former California Republican congressman Devin Nunes believes Donald Trump was framed by political operatives when they could not “find anything” on the 45th President after reportedly spying on him.

“Let me just simplify this,” Devin Nunes said Tuesday evening on Fox News’ “Hannity”. “What they did is they spied on a presidential candidate and then the president of the United States.”

“When they didn’t find anything, they made it up,” Nunes explained. “And they framed a sitting president of the United States, and tried — and got you know, the whole Mueller investigation. That’s what happened, that’s what really what happened here. It’s really that simple.”

Nunes also said that “Tech Executive-1”, who is identified in Durham’s filing, “was clearly working with highly sensitive government contracts and had bragged about supposedly going to get a top cyber security job in the incoming Clinton administration”.

“I think that kind of sums up everything people need to know about this,” he added. Video Below

.@DevinNunes says regardless of who the president is it should be the most guarded communications in the country. This is a dark chapter in American history. pic.twitter.com/Cz58n7dNQ3

Mr. Nunes had more to say over the matter on Wednesday:

(Related: Daily Mail Reporter Grills Hillary Amid Durham Probe: ‘Did You Pay To Spy On The Trump Campaign?’)