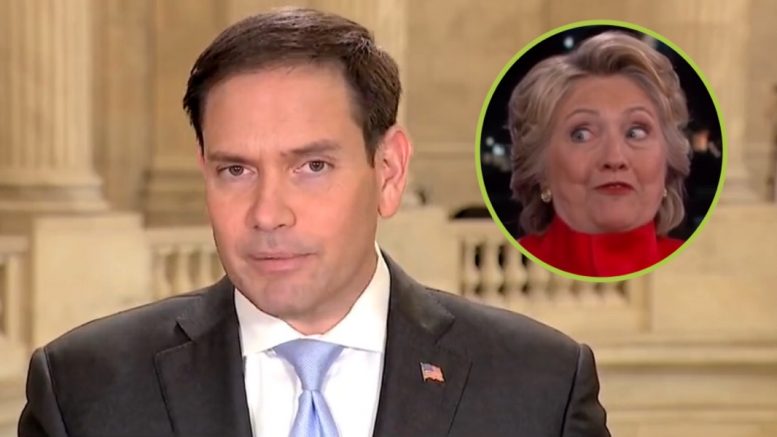 Senator Marco Rubio (R-FL) on Tuesday, reacted to the latest filings from the Durham probe, telling host Brett Baier during Fox News’ “Special Report” that it is “one of the biggest political scandals in American history” if proven to be true.

“This is a big deal. It’s shocking to me this is not receiving more coverage in the press. I don’t think any of the Sunday shows mentioned it,” Senator Rubio told Baier of the latest filing from Special Counsel John Durham.

“What we’re talking about here is not simply the probe that you’re using data scientists to make up a story or links between Trump and Russia, but the White House. Apparently there was a private company that had a contract to manage servers for the president of the United States in the White House, and they were sharing information to help build a narrative for a political operation,” the Florida senator explained of Durham’s findings.

“If this was the other way, if this was a story about how the Trump campaign had hired some data experts and others to go out there and do this to a President Clinton, this would be like, we wouldn’t be able to talk about anything else around here,” he suspected. Continued Below

Senator @marcorubio: the bombshell revelations in the Durham filing represents "one of the biggest political scandals in American history." pic.twitter.com/lTiF54YvDX

Related: Ratcliffe: ‘I Would Expect & Anticipate… Quite a Few More Indictments’ Related To Durham’s Investigation

Trump On McConnell’s Criticism Of RNC Censuring Cheney & Kinzinger: “McConnell Does Not Speak For The Republican Party”