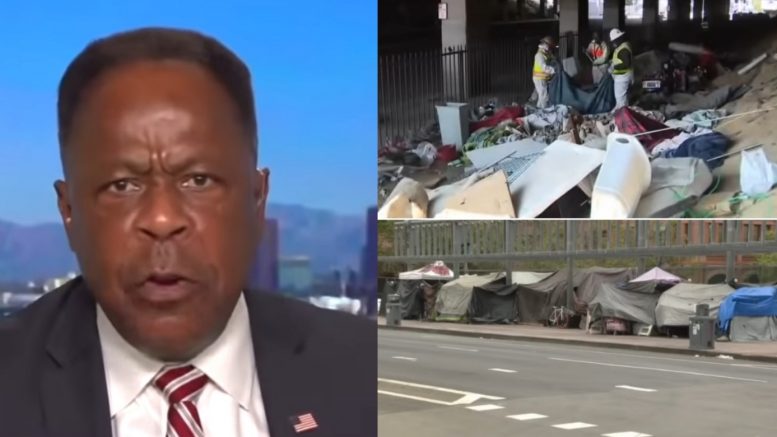 “They’re lying to you!” declared Fox News contributor Leo Terrell when pressed on the big cleanup that has taken place in Los Angeles to prepare for the Super Bowl, where it will be hosted.

Over the past few weeks, homeless people have been moved away from the surrounding vicinity of SoFi Stadium in an apparent attempt to hide the issue from the public, as Fox News reports that there is an estimated 80,000 homeless folks currently living in Los Angeles.

Related Article: Maxine Waters Blames Trump For The Homeless Crisis, Navarro Stops Her In Her Tracks: ‘You Can’t Even Get Rid Of The Homeless Problem’

“There is homeless encampments all over, and they clean it up for the two weeks and that’s what they’ve done,” Mr. Terrell said.

“I live on the west side. Homeless encampments — they’re gone,” he added. “They’re gone for the purpose of lying to the world that LA is cleaned up.”

“I want every Fox viewer to know, this city is dirty, crime ridden,” Leo proclaimed. “But LA is a dirty city, it’s crime ridden, and I don’t have the answer except it’s not part of the narrative of the Democrats to enforce law and order. It’s horrible out here!” Video Below