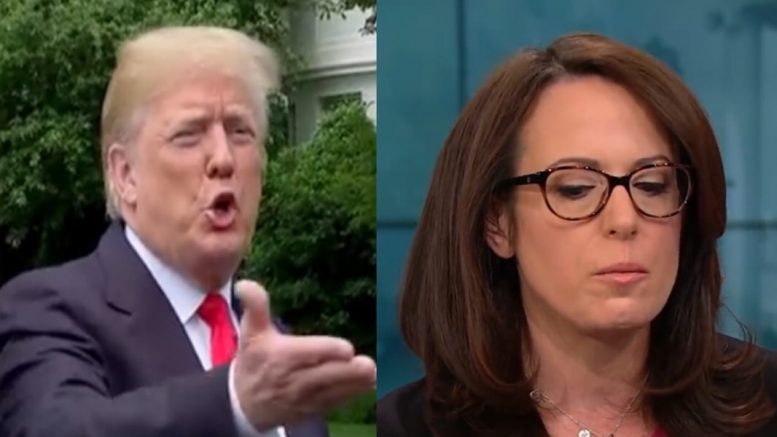 “Also, another fake story, that I flushed papers and documents down a White House toilet, is categorically untrue and simply made up by a reporter in order to get publicity for a mostly fictitious book. The Democrats are just using this and the Unselect Committee of political hacks as a camoflauge for how horribly our Country is doing under the Biden Administration,” 45th President Donald Trump said in his statement.

Rep. Carolyn Maloney (D-NY), the chairwoman of the committee, said in a statement Thursday that she is “deeply concerned” that the Trump administration did not immediately turn over the records to the National Archives and removed some of them to Mar-a-Lago in violation of the Presidential Records Act.

“I am deeply concerned that these records were not provided to NARA promptly at the end of the Trump Administration and that they appear to have been removed from the White House in violation of the Presidential Records Act (PRA),” wrote Chairwoman Maloney.  “I am also concerned by recent reports that while in office, President Trump repeatedly attempted to destroy presidential records, which could constitute additional serious violations of the PRA.” Continued Below

“Former President Trump and his senior advisors must also be held accountable for any violations of the law,” Rep. Maloney added. “Republicans in Congress obsessively investigated former Secretary of State Hillary Clinton for her use of a private email server for official communications. Former President Trump’s conduct, in contrast, involves a former president potentially violating a criminal law by intentionally removing records, including communications with a foreign leader, from the White House and reportedly attempting to destroy records by tearing them up.”

Also in his email statement on Thursday, Trump said, “Following collaborative and respectful discussions, the National Archives and Records Administration (NARA) openly and willingly arranged with President Trump for the transport of boxes that contained letters, records, newspapers, magazines, and various articles.”

“Some of this information will someday be displayed in the Donald J. Trump Presidential Library for the public to view my Administration’s incredible accomplishments for the American People,” he explained. Continued Below

“The media’s characterization of my relationship with NARA is Fake News. It was exactly the opposite! It was a great honor to work with NARA to help formally preserve the Trump Legacy,” Trump expressed.

“The papers were given easily and without conflict and on a very friendly basis, which is different from the accounts being drawn up by the Fake News Media. In fact, it was viewed as routine and ‘no big deal.’ In actuality, I have been told I was under no obligation to give this material based on various legal rulings that have been made over the years,” he said.

“Crooked Hillary Clinton, as an example, deleted and acid washed 32,000 emails and never gave that to the government. Then, they took large amounts of furniture out of the White House. And Bill Clinton kept numerous audio recordings that the archives wanted, but were unsuccessful at getting after going to court. We won’t even mention what is going on with the White House in the current, or various past administrations,” Trump pointed out.

“In the United States there has unfortunately become two legal standards, one for Republicans and one for Democrats. It should not be that way!” he added. Continued Below

Pres Trump Issues Rare Praise To Reporter For Her Question At Saturday’s Briefing: “I Love Whoever You’re With…That’s Such A Nice Question”