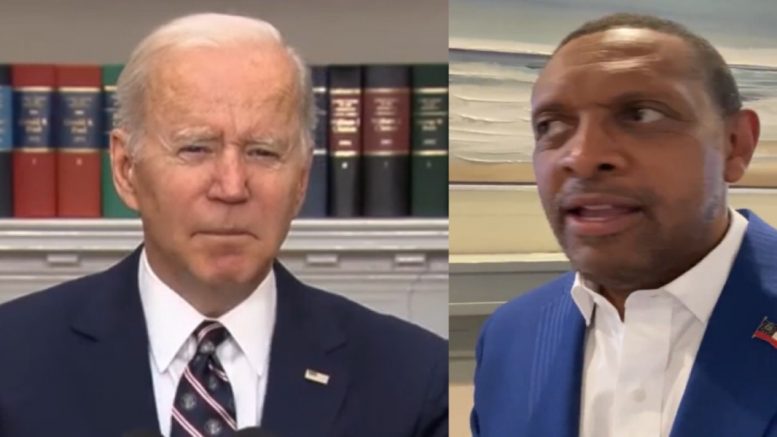 The Biden administration is set to fund the distribution of crack pipes to drug addicts as part of its plan to advance “racial equity”, as initially reported by The Washington Free Beacon.

The $30 million grant program, which closed applications Monday and will begin in May, will provide funds to nonprofits and local governments to help make drug use safer for addicts. Included in the grant, which is overseen by the Department of Health and Human Services, are funds for “smoking kits/supplies.” A spokesman for the agency told the Washington Free Beacon that these kits will provide pipes for users to smoke crack cocaine, crystal methamphetamine, and “any illicit substance.”

HHS said the kits aim to reduce the risk of infection when smoking substances with glass pipes, which can lead to infections through cuts and sores. Applicants for the grants are prioritized if they treat a majority of “underserved communities,” including African Americans and “LGBTQ+ persons,” as established under President Joe Biden’s executive order on “advancing racial equity”, the Beacon reported.

Vernon Jones, who is running for Georgia’s 10th Congressional District, reacted to Biden administration’s alleged intent to distribute crack pipes for racial equity, saying that 79-year-old Joe Biden “must be on crack himself”.

“That’s why I like President Trump. President Trump gave Black people opportunities, jobs. He gave them a chance to start their business. And we have a president in office right now — this is what he’s handing out to Black people? This is the payback for Black people for voting for him?” the Georgia congressional candidate asked. Continued Below

Jones said that “every Black person out there that voted for Joe Biden” should “be ashamed of yourself to allow him to use you and your vote to carry out … and order — to give Black people crack pipes.”

“I just never heard anything like this before. This is just new to me. And I’m telling you, the liberal Democratic Party and Joe Biden — they have destroyed the Black community. This is evidence. Now it’s time to stand up and say ‘no more’. We [are] gonna destroy those liberals. They are not gonna get our votes anymore. They are not gonna have us strung out on crack,” he said. Continued Below

Mr. Jones also said that he “can’t wait to get to Washington, D.C. to come up against that Joe Biden and that liberal crew”, adding, “We’re gonna set it on fire. They gonna feel the Vern, the real Vern.”

Joe Biden gave black people crack! He must be on crack himself! pic.twitter.com/0AgyusiEii

An HHS spokesperson described the Beacon’s report to Fox News as “blatant misinformation,” but did not explicitly deny the report.

The Harm Reduction Grant offered by the Substance Abuse and Mental Health Services Administration (SAMHSA) and authorized by the American Rescue Plan is a grant program designed to help Americans who are struggling with substance use stay healthy and safe, prevent overdose death, and find pathways into evidence-based treatments,” the HHS spokesperson said. “Like all programs that use federal funding, these grants must adhere to relevant federal, state and local laws or regulations.”