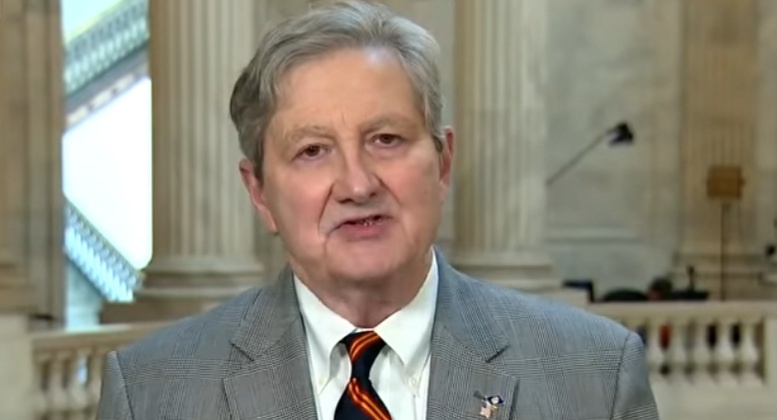 “There almost aren’t words in English. The Biden Administration, they just keep on rocking it in the free world,” declared Sen. John Kennedy (R-LA) in reaction to a new federal program being rolled out by the Department of Health and Human Services.

“While smugglers have drugs pouring across that southern border, the Biden Administration now making it easier for users to light up and get high on crack and crystal meth. A new program will hand out needles, pipes and safe sex kits reportedy to make drug use safer while promoting racial equity,” Bill Hemmer of Fox News reports. “Also they want to hand out the pipes so you don’t inject.”

Related Article:  Sen. Kennedy: ‘If Aliens Landed Tomorrow & Said ‘Take Me to Your Leader,’ It Would Be Embarrassing’

“Every single day reality calls and the Biden Administration just hangs up,” Kennedy said when pressed on the new plan.