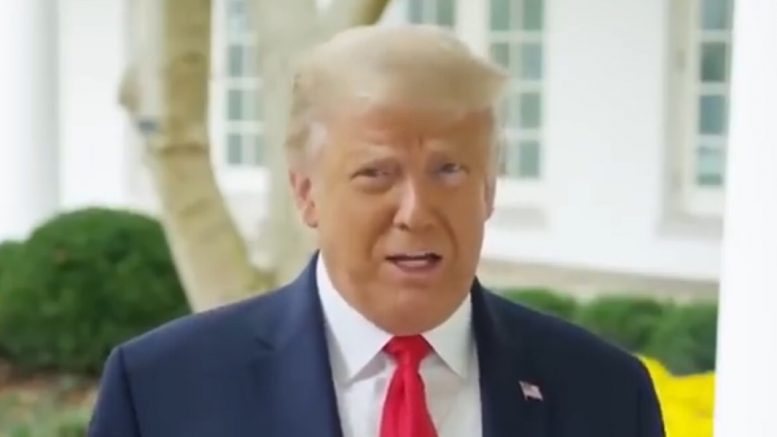 45th President Donald J. Trump issued an email statement on Tuesday from his “Save America” PAC, touting the fundraising success of his political groups and calling out “the fake news media” for not reporting on the “record setting $122 million that has been raised for Save America”, and “the power of the Trump endorsement” after he had released a “Cash on Hand” statement on Monday afternoon.

Trump has amassed a staggering war chest of over $122 million as he flirts with another presidential run and as the GOP enters the midterm elections poised to regain one or both chambers of Congress from Democrats. [His] money easily surpasses what the Republican Party itself has raised, [and] … the cash on hand is more than double what the Republican National Committee started the year off with, Yahoo News reported.

On Monday, 45th President Donald Trump released the following statement announcing his political committees have over “122 million cash on hand”.

The report also highlights “key fundraising numbers” from the committees:

Following his Monday statement revealing his fundraising success, the 45th President released an additional statement on Tuesday calling out the “fake news media”:

“The Fake News Media has done everything in their power not to report the record setting $122 million that has been raised for Save America and publicly announced last night, they hate that I broke all records,” he said. “The Failing New York Times refuses to acknowledge that the power of the Trump endorsement is far stronger today than ever before—it is virtually unblemished!”

“Our Country can never be strong again unless we have an honest, open, and fair media and sadly, our media is largely fake and corrupt. The people of our Country demand the truth!” Trump insisted. Continued Below

(Related: Trump Urges ‘No More Money For RINOS’ In His Latest Statement: “They Do Nothing But Hurt The Republican Party”)

At a “Save America” rally in Conroe, Texas over the weekend, Trump suggested Joe Biden and the Democrats are a disgrace to a great country.

TRUMP: "We are going to start by ENDING Nancy Pelosi's political career once and for all. And then, we're going to kick the Biden crime family out of the White House in 2024!" pic.twitter.com/5wccqPy0jQ

"The Fake News Media has done everything in their power not to report the record setting $122 million that has been raised for Save America and publicly announced last night, they hate that I broke all records. The Failing New York Times… pic.twitter.com/fE4eCzwhlJ

Related: Trump Issues A Pair Of Checks To Election Integrity Champions Sen. Rogers & Rep. Finchem In Support Of Their Campaigns