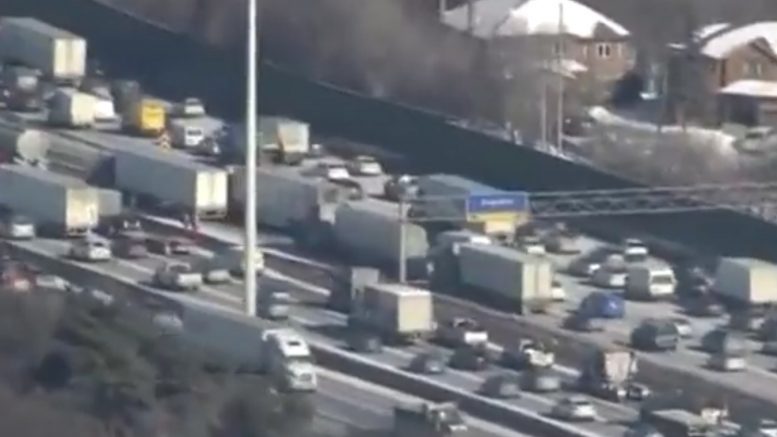 “Truckers in the United States are getting ready to follow the lead of their Canadian counterparts and form a convoy that will travel from California to Washington D.C.,” a news anchor from NBC 9 in El Paso, TX recently reported.

“This after 50,000 Canadian truck drivers formed a 45-mile convoy to Ottawa this week to protest the government’s vaccine mandate. The same mandate issued by the U.S. Department of Homeland Security who is requiring that non-U.S. essential workers such as truck drivers be fully vaccinated against COVID. If they are not fully vaccinated, they will not be allowed to cross land borders, from Canada or Mexico.”

The American Truckers formed a Facebook group that as of Sunday has more than 67,000 members.

The page states that they support freedom and they are done with the mandates.

“We are part of many large groups who believe in our founding fathers. We believe everyone has a voice. We support our freedom. Help us spread the word about this group and together we all can make it a better place.. God Bless America,” the page reads. Video Below

Truckers in the U.S. are preparing to form a Convoy that will travel from California to Washington D.C. in protest of mandates. pic.twitter.com/0r7bFQGZIZ

Watters: ‘This Summer We Will See Panic in the Final Stage’ – ‘I’m Scared’ Biden Is ‘Going to Panic & Go Full Bernie Sanders’