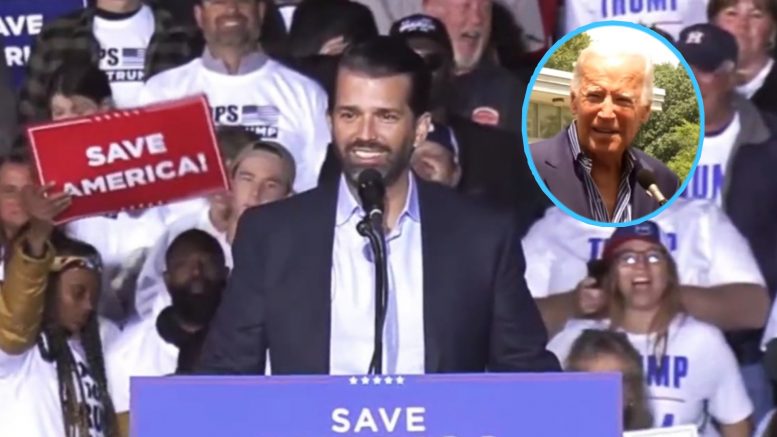 Appearing at the “Save America Rally” in Texas, Donald Trump Jr. drew laughs from the crowd after doubling down on a remark about Joe Biden that was shouted from one of the spectators at the event.

“What has [Joe Biden] fixed?” Trump Jr. asked the audience.

“The election!” a Trump supporter yelled in response to Don Jr.’s question.

“That’s good! I like that!” Trump Jr. said as he chuckled at the answer. “The only thing Joe Biden has fixed was the election!