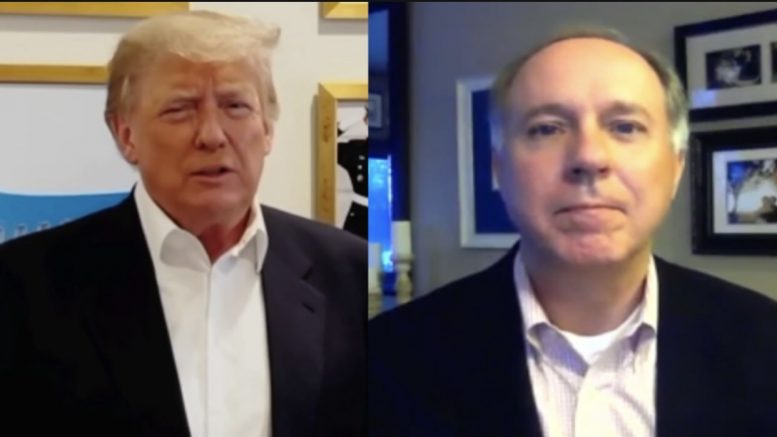 45th President Donald J. Trump issued an email statement Monday from his “Save America” PAC, saying that “some RINO Republicans in Wisconsin” are trying “to have drop boxes again placed in Wisconsin” despite a judges recent ruling.

Waukesha County Circuit Court Judge Michael Bohren ruled earlier this month that absentee ballot drop boxes can no longer be used in Wisconsin as the state prepares for spring and fall elections.

Judge Bohren said that absentee ballots could not be returned through drop boxes, saying “there’s no authority to do it,” the Milwaukee Journal Sentinel reported. Bohren did say, however, that state law does allow for absentee ballots to be mailed back or handed in in-person.

That ruling follows a lawsuit that was filed by the conservative Wisconsin Institute for Law & Liberty (WILL) on behalf of two individuals in June. The lawsuit said that the Wisconsin Elections Commission had incorrectly interpreted election statues as to allow for drop boxes to be used for absentee ballots, saying that “only legally cast votes should count and counting illegally cast votes diminishes the value of those cast legally.”

The lawsuit also claimed that there were only two ways for absentee ballots to be dropped off — by hand or by mail, though the Wisconsin Elections Commission’s attorneys argued that the state law could be open to a wider interpretation of those rules, according to the Journal Sentinel. Continued Below

In a statement on Monday, the 45th President said, “Some RINO Republicans in Wisconsin are working hand in hand with others to have drop boxes again placed in Wisconsin. These fools are playing right into the Democrats’ hand.”

“Drop boxes are only good for Democrats and cheating, not good for Republicans,” he added.

According to Joe Hoft at The Gateway Pundit, Wisconsin’s Republican Speaker Robin Vos is trying to push a bill through Wisconsin’s Senate that would increase the number of drop boxes in the state ahead of the next election(s). Vos is reportedly working with outgoing Senator Kathy Bernier. Continued Below

The Freedom Times reached out for comment to Robin Vos’ office.

The 45th President, last summer, criticized three Wisconsin Republicans who he said are “working hard to cover up election corruption in Wisconsin.”

“Wisconsin Republican leaders Robin Vos, Chris Kapenga, and Devin LeMahieu, are working hard to cover up election corruption, in Wisconsin. They are actively trying to prevent a Forensic Audit of the election results, especially those which took place in Milwaukee, one of the most corrupt election locales in the country. Don’t fall for their lies!” he said in a statement on June 25, 2021.

Vos signaled last May a plan to hire retired police officers to conduct an investigation into irregularities of the 2020 election.

"Some RINO Republicans in Wisconsin are working hand in hand with others to have drop boxes again placed in Wisconsin. These fools are playing right into the Democrats’ hand. Drop boxes are only good for Democrats and cheating, not good for Republicans." pic.twitter.com/LjdzmmViAJ