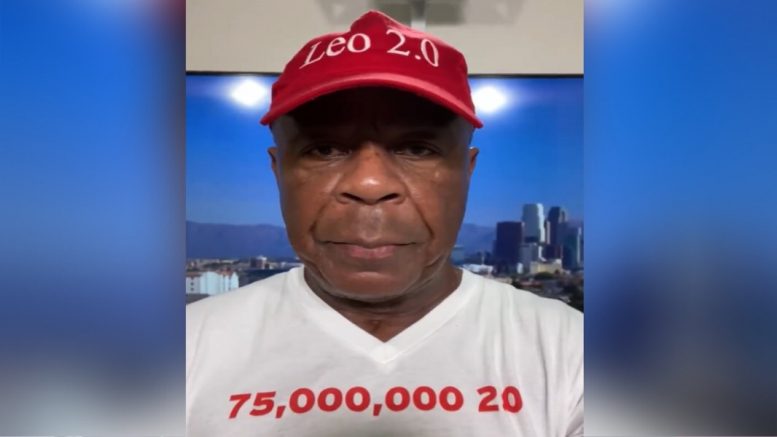 Civil rights attorney and Fox News contributor Leo Terrell, (Leo 2.0), issued a video message on Twitter Saturday to Donald Trump, showing his support for the 45th President by wearing a shirt that read “75,000,000” [2020].

Terrell cast his vote for President Trump in the 2020 election, and it was the “first time” in his life that he voted for a Republican. He told Fox News’ Sean Hannity in July 2020, “The Democratic Party left me.”

“Good morning, Mr. President. I just want you to know 75 million Americans and I support you everyday,” Leo Terrell said in his video message.

“We wish you were president, and you will be the president in 2024,” he predicted.

Each and every morning, Leo 2.0 also tweets, “President Trump: 75 million voters and I continue to support you!! #GodBlessAmerica #GodBlessPresidentTrump”.

Last year, Mr. Terrell started donning a Leo 2.0 hat on Fox News after announcing he would be voting for the 45th President in 2020 and urged Democrats to “leave the plantation and vote for Donald J. Trump”.

(Related: Right After Getting a Phone Call from Trump, Leo 2.0 Assures His Commitment to Re-Elect the 45th President)