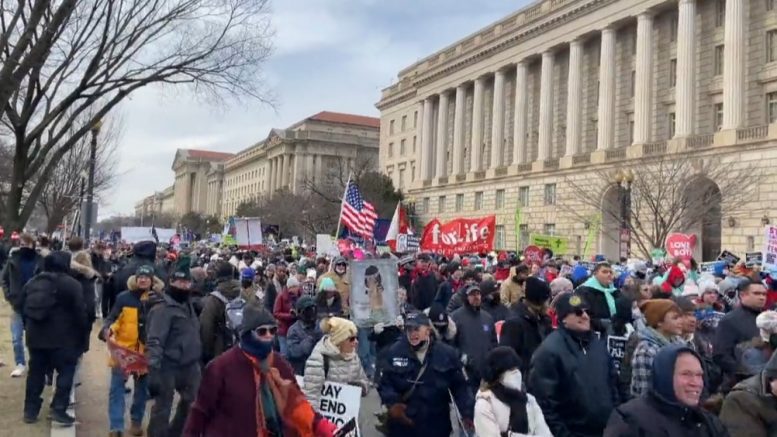 A video is going viral showing the massive crowd of thousands of pro-life demonstrators who took part in the “March for Life” in Washington D.C. on Friday.

According to ABC News, “Thousands of anti-abortion protesters rallied in the bitter cold and then marched to the Supreme Court, which has indicated it will allow states to impose tighter restrictions on abortion with a ruling in the coming months — and possibly overturn the landmark 1973 Roe v. Wade ruling that affirmed the constitutional right to an abortion.”

Fast-motion video footage of the crowd was posted to social media later on Friday by a Twitter user who attended the march, as seen here:

Beautiful crowd at the @March_for_Life today.

The pro-life generation is strong and we're winning.

45th President Donald Trump gave a special shout out to the “March for Life” demonstrators in an email blasted out to his followers.

We leave you with that brief message:

"As you gather together today for the March for Life, I am with you in spirit!" pic.twitter.com/wWsRpT3g1a