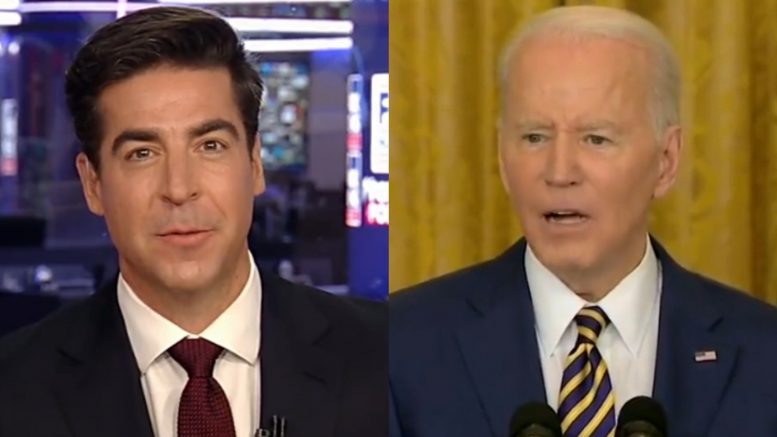 “I don’t think I ever heard him talk that long before and… Wow!” Jesse Watters said in reaction to Joe Biden’s second solo press conference since taking office.

“That was like the media giving him the political field sobriety test that he failed,” the Fox News host declared before leading into examples to back up his comparison.

Melania Trump Fires Back After NBC Historian Trashes Her Rose Garden Renovation: ‘He Should Never Be Trusted as a Professional Historian’