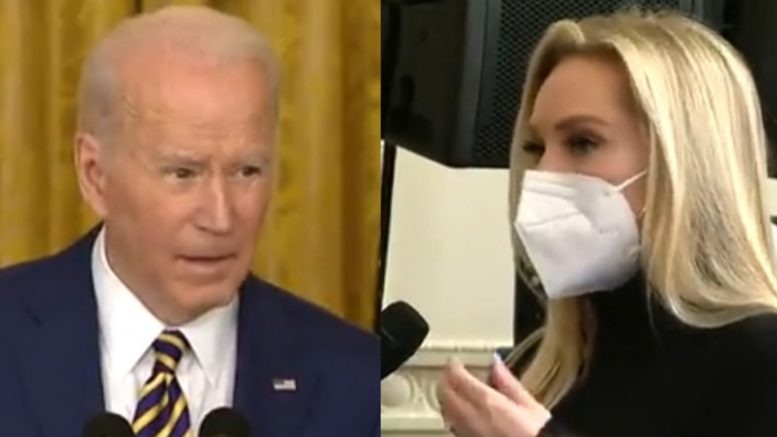 “It all depends,” replied Joe Biden when pressed on whether or not he would consider the midterm election results to be “fair and legitimate” if his the voting reform bill he’s been pushing fails to pass.

Biden along with other prominent Democrats, including Bill Clinton and Barack Obama, have been pressuring all senators in their party to vote in favor of removing the 60-vote procedural rule to pass sweeping voting rights reforms with a simple majority.

Biden and other Democrats “have insisted that state leaders are making it harder to vote, particularly for minorities, on the heels of Trump’s claims that the 2020 election he lost to Biden was marred by fraud,” according to Newsmax. “The Democrats’ assertion has been widely denounced by Republicans, who insist that states are only tightening requirements to improve the voting process and its accuracy so there are fewer problems going forward.”

“Speaking of voting rights legislation, if this isn’t passed do you still believe the upcoming election will be fairly conducted and its results will be legitimate?” a reporter asked Biden  during Wednesday’s press conference.

Biden responded, “It all depends on whether or not we’ll be able to make the case to the American people that some of this is being set up to try to alter the outcome of the election.”

REPORTER: Will the midterm elections be fair and legitimate if the voting bill isn't passed?

BIDEN: "It depends on whether or not we’ll be able to make the case to the American people that some of this is being set up to try to alter the outcome of the election.” pic.twitter.com/COCp5RSfXB

Skateboarder From Joe Biden’s Hometown Shares Why He’s On The Trump Train: “I Just Appreciate His Honesty”