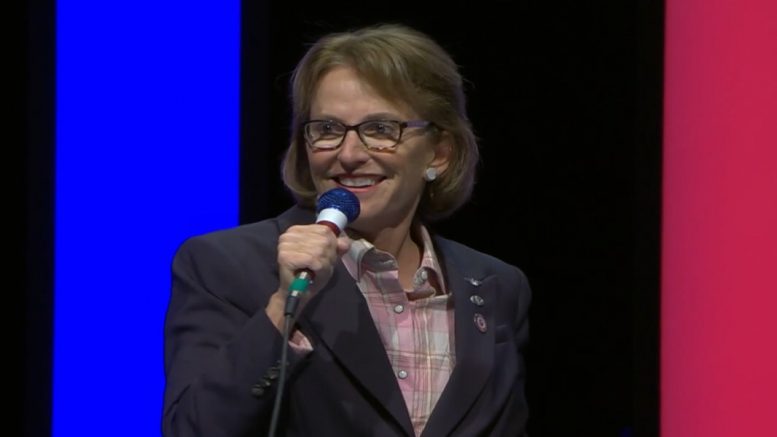 President Donald J. Trump, 45th President of the United States of America, will be joined by endorsed candidates, members of the Arizona Congressional Delegation, and other special guests on Saturday, January 15, 2022, in Florence, AZ, according to a press release this week from Trump’s “Save America” PAC.

Arizona State Senator Wendy Rogers (R) shared an updated schedule, ahead of the rally, revealing that she will be one of the guest speakers. “Updated schedule for today’s Trump rally. I have permission to release this info. Let’s goooooo…..”, she tweeted on Saturday.

Updated schedule for today’s Trump rally. I have permission to release this info. Let’s goooooo….. pic.twitter.com/vElNQBz436

Senator Rogers has been a vigorous supporter of nationwide forensic audits into the 2020 election and wrote a letter calling for all 50 U.S. states to be audited and electors to be decertified “where it has been shown the elections were certified prematurely and inaccurately.” Currently, the letter has garnered the support of 186 legislators from 39 states, as previously reported by The Freedom Times.

She is also urging Americans to sign a petition, which calls for the decertification of the 2020 election.

45th President Donald Trump announced his “complete and total endorsement” for Wendy Rogers last month, who he declared as being a “MAGA warrior”, also previously reported by this publication. Continued Below

This Save America rally is a continuation of President Trump’s unprecedented effort to advance the MAGA agenda by energizing voters and highlighting America First candidates and causes, the press release from the “Save America” PAC states.

45th President Donald J. Trump delivers remarks at 7:00PM MST. The rally can be viewed on RSBN on Rumble, OANN and Newsmax.

Tune in to @OANN Saturday, January 15th for President Trump's 'Save America Rally' in Florence, Arizona! The rally will be aired LIVE without interruptions! #OANN pic.twitter.com/VbOxnJZBqw