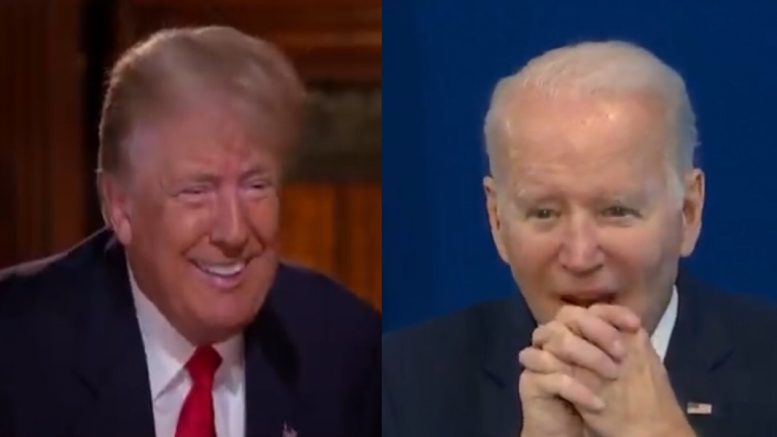 In a 6-3 decision, the high court dealt a crushing blow to the White House’s pandemic response.

The conservative justices stated, in part, that Joe Biden’s rule was over-broad and would have presented a “significant encroachment” on the “everyday lives — and health — of” the 84 million American workers that would have been impacted.

“The Supreme Court has spoken, confirming what we all knew: Biden’s disastrous mandates are unconstitutional. Biden promised to shut down the virus, not the economy but he has failed miserably on both—and mandates would have further destroyed the economy. We are proud of the Supreme Court for not backing down. No mandates!” Trump declared.

Meanwhile, Joe Biden called the ruling on private businesses “disappointing” in a statement on Thursday afternoon.

“I am disappointed that the Supreme Court has chosen to block common-sense life-saving requirements for employees at large businesses that were grounded squarely in both science and the law. This emergency standard allowed employers to require vaccinations or to permit workers to refuse to be vaccinated, so long as they were tested once a week and wore a mask at work: a very modest burden,” Biden claimed, in part.

It’s the latest setback in a devastating 48 hours for Biden, who failed to get enough support among Senate Democrats to kill the filibuster and pass voting rights legislation. He also saw his approval rating plummet to 33 percent in a Quinnipiac poll published Wednesday and inflation grow to its highest point in 40 years with a 7 percent price rise in December, reported Daily Mail.

(Related: Biden on Americans Concerned about Freedoms Being Compromised by Mandates: ‘What’s the Big Deal?’)