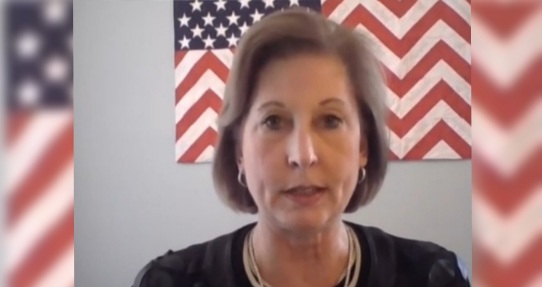 Sidney Powell claims the “chaos” erupted across America over recent years “has been planned for a long time” and it got to “manifest itself” over the course of Donald Trump’s presidency.

The high-profile attorney made the assertion while appearing for an interview with Soul Connection host Dr. Kristiann Lefferts, also known as “Dr. K.”

Related Article: Sidney Powell: They Were Willing to Do Anything to Remove Trump Because ‘He Upset Their Global Gravy Train of Corruption’

Dr. K: “It seems like there’s been an explosion of chaos in the country that just seemed to land on us like a bomb. So with that, I want to turn it over to you to get your input.”

Sidney Powell: “I think that chaos has been planned for a long time, and it certainly got to manifest itself during the Trump presidency where they threw everything violent and wrong and nasty and deceitful that they could throw at him from the time the came down the escalator. And if you’ll remember, they even hired people to start fights at his rallies and then blamed him for them. That was the early staged of even a simply evil plan that they had to disrupt his presidency and ultimately try to destroy him.

“I mean, that’s there goal. The Left — now socialist, communist, facist, totalitarian Left — wants to destroy any and all of us who stand up for Christianity or Judaism, the fundamental principles on which this country was founded, and freedom and liberty. They want to control and own it all. And that is their plan, and they have been working on it for a long time, and we’re seeing it come to fruition more every day. That’s why we have to fight so hard.” Video Below