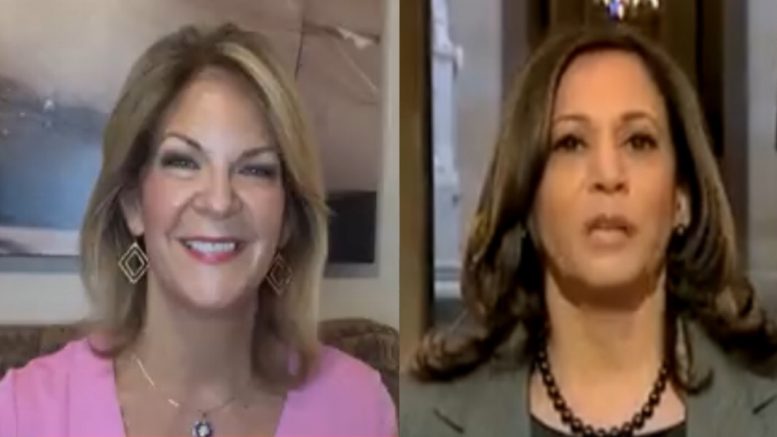 Harris claimed the incident ranked among such tragedies as the Japanese invasion of Pearl Harbor in 1941 and the terror attacks of September 11, 2001 in a seemingly divisive speech on Thursday.

“Certain dates echo throughout history,” Kamala Harris said. “Including dates that instantly remind all who have lived them where they were and what they were doing when our democracy came under assault. Dates that occupy not only a place on our calendar but a place in our collective memory. Dec. 7, 1941, Sept. 11, 2001, and Jan. 6, 2021.”

“Kamala Harris ought to be ashamed. She compared American citizens to the imperil Japanese Navy and to radical Islamic terrorists in al-Qaeda. This is a frightening mindset for the vice president of the United States in my opinion,” Dr. Ward said.

“But, we know now the Democrats’ campaign strategy for 2022. Like a cheap sideshow magician, they’re trying to distract us with a shiny object over here,” she explained. “To make sure that we don’t see what’s really going on over there. Do not be fooled.” Continued Below

“Grandstanding by Harris and Biden, focused on January 6th was designed to be provocative and shameless,” Dr. Ward said. “Harris blasphemously invoked the United States Constitution while ending her speech with an appeal to pass legislation to federalize our elections.”

Dr. Ward noted, however, “the Constitution clearly places the power to conduct elections with the States and the State legislatures.”

“Talk about a fool who is totally disconnected from reality. That’s Kamala,” she expressed. Video Below

“This attention to January 6, 2021, is nothing more than a blatant attempt to change the subject”, Dr. Ward said before naming some of Biden and Harris’ embarrassments.