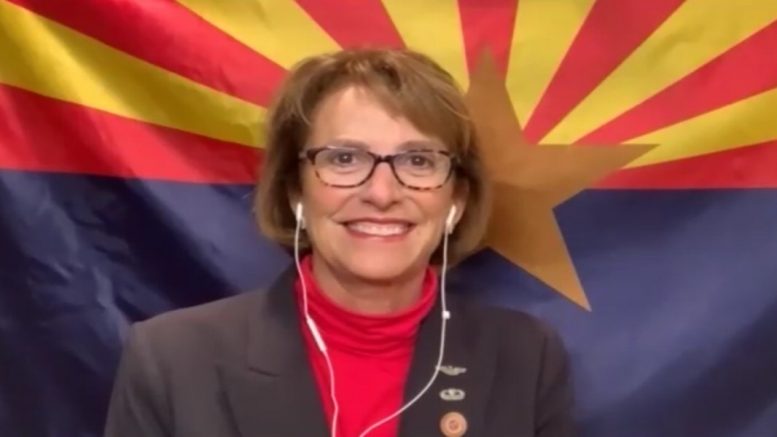 Arizona State Senator Wendy Rogers (R) announced on Wednesday that 26 of her bills have been pre-filed ahead of the Senate returning back to session.

The Senate is scheduled to convene in January 2022.

Some of the 26 bills Senator Rogers has filed include:

According to SB 1042: “JUNE 14, IN EACH YEAR, SHALL BE OBSERVED AS PRESIDENT DONALD J.TRUMP DAY.”

“If you like my bills, send them to your legislators in other states so they can copy them,” Arizona State Senator Wendy Rogers said in statement on Twitter Wednesday. Continued Below

Senator Wendy Rogers tweeted a screenshot of the pre-filed bills:

More of my bills are pre-filed (26 total). Here is the latest. Search tool: https://t.co/kUllILhV78 pic.twitter.com/5EMyo2W8ZU

If you like my bills, send them to your legislators in other states so they can copy them.